You are here: Home>Locations>Charlecote>Charlecote Park (18th and 19th Century Park) 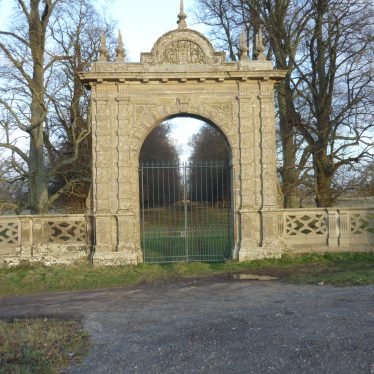 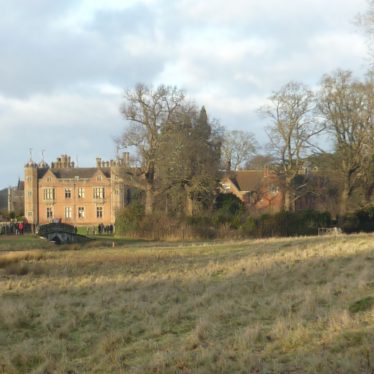 The hall viewed from Charlecote Park, 2020
Image courtesy of William Arnold
Description of this historic site

A landscape park dating to around 1757 and designed by Capability Brown, though some redesigning was undertaken in the 19th century. The features include a ha-ha, clumps, a lake and a lodge. Kitchen garden. Charlecote Park is marked on the Ordnance Survey maps from 1886.Recommended to review Register entry by Lovie.

1 Charlecote House was begun in 1558 for Thomas Lucy; at this period the house was surrounded by formal gardens and a deer park. The park was remodelled by Capability Brown c1757, obliterating most of the formal elements and creating a wilderness, bounded by a ha-ha, to the north of the forecourt. Parterres and terraces were created in the 19th century, but much of the garden was reduced to lawn by the 1950s. The National Trust took over the property in 1946 and since 1956 substantial garden restoration has been taking place.

3 Charlecote was the first park in the area to be redesigned by Capability Brown in the mid 18th century.

4 Soon after George Lucy inherited the estate in 1744 work began on relandscaping. Capability Brown was involved by 1757, at which date his unfinished survey plan of Charlecote was made, and was formally commissioned in 1760. By this time the road had been diverted away from the house, across a new bridge, and considerable planting had already been undertaken. Payments to Brown were made between 1761 and 1778, during which period a number of features including the cascade were completed. In the first half of the 19th century the house was restored and the gardens remodelled (illustrations of the 18th century gardens survive); many features of the 19th century gardens survive.

Linkedin
More from Charlecote
More from Estate Parks and Gardens