You are here: Home>Locations>Ettington>Chapel at Upper Ettington 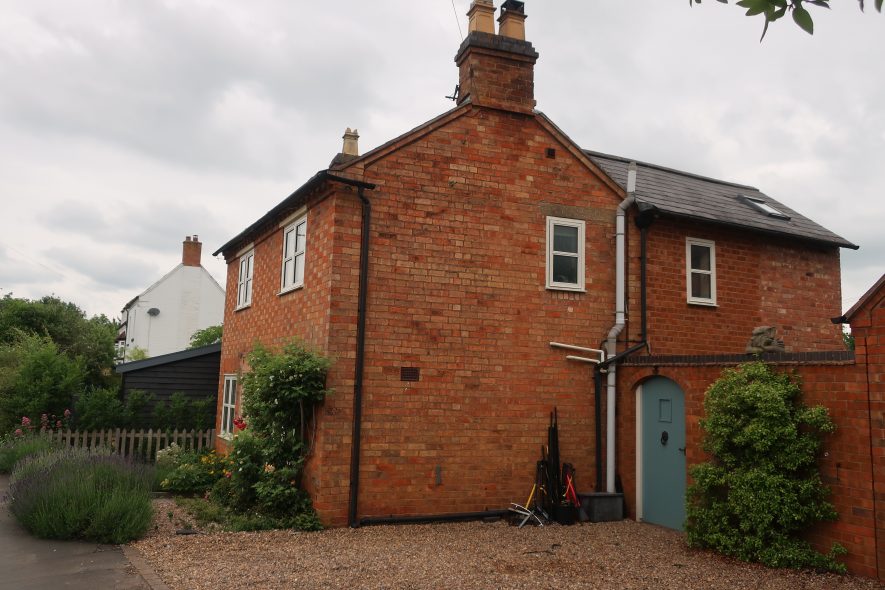 Site of chapel
Image courtesy of Gary Stocker, 2021.
Description of this historic site

A Medieval chantry chapel. Traces of the chapel still remain in the structure of a cottage at Ettington.

1 A chantry chapel existed at Upper Eatington (Ettington) in the Middle Ages; after the Dissolution it was converted into three houses for the poor, and as such it was serving in 1730. It is now known as Rose Cottage.
2 This chapel was dedicated to Our Lady. It ceased to be regarded as a religious building centuries ago, a small part of its walls are incorporated into one of the cottages.
3 Rose Cottage is situated at the above grid reference. It is mostly modern brick but the centre portion of the NW wall is cob on a blue limestone base. This may represent the remains of the chapel.
4 The occupants knew nothing about a chapel on the site and admission to look at the NW wall was refused.