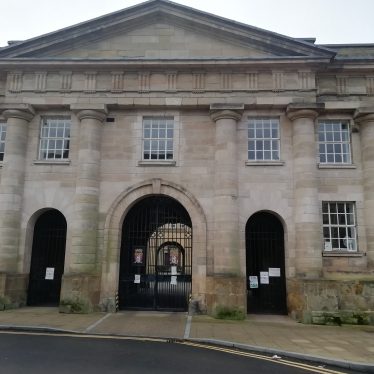 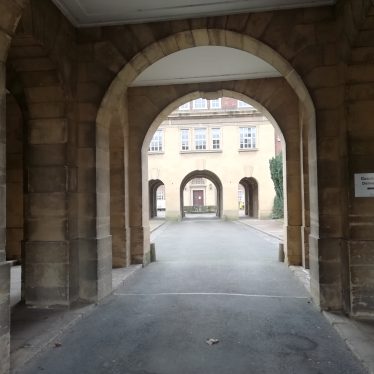 The 18th century County Gaol, in use during the Imperial period, and abandoned in favour of another site in 1860. It is now part of the County Council buildings in Northgate Street, Warwick.

1 The gaol (PRN 1938) was much enlarged by Thomas Johnson between 1779 and 1783. The facade is considered ‘remarkable as one of the earliest attempts to adapt Greek Doric to the purpose of an English public building’. A new house of correction was built by Henry Couchman between 1784 and 1787. Further work was done on the gaol in 1796-8, and constant repairs were needed after 1798. The buildings were abandoned in 1860 in favour of a new prison at the Cape. The three arches which lead through the centre of the range were inserted in 1862. The Northgate Street front was adapted as part of new buildings for the County Council in 1930-2.
2 Description.