You are here: Home>Locations>Stratford-upon-Avon>Bancroft Basin 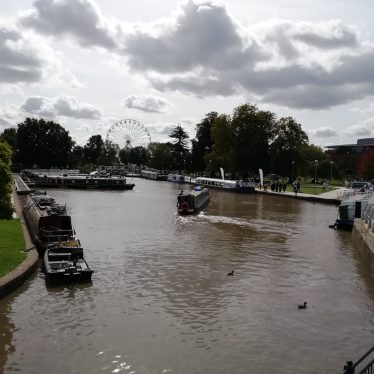 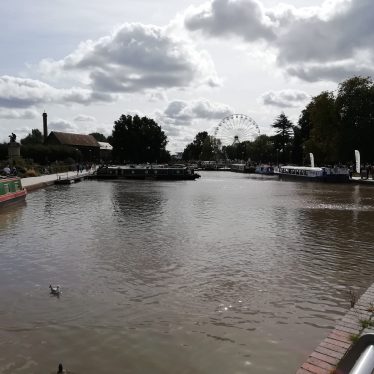 Bancroft Basin, the site of a canal wharf, where vessels would have loaded and unloaded goods during the Imperial period. It is located 150m west of Clopton Bridge, Stratford on Avon.

1 The terminal basin is one of the two that existed until 1930 when one was infilled to form Bancroft Gardens. The basins were surrounded by the lines of the Stratford on Avon and Moreton Tramway completed in 1826 and extended to Shipston in 1836. Southbound coal was exchanged for stone and farm produce (see WA 1013). ‘Not until 1815 was the canal authorized to make a junction with the Avon. It finally did so in 1816. The river had been navigable from Tewkesbury during the 17th and 18th centuries, both canal and river came under GWR control during the 1860s. From 1875 the GWR refused to maintain the Upper Avon and it became derelict.’ It was restored in 1974 (see WA 4340).
2 By 1845 Stratford had become a considerable merchanting centre. In this year the canal brought some 50 000 tonnes of coal into Stratford of which 18 000 was used there. 15 000 went down the tramway, 8 000 to Evesham and the rest countrywide.
3 ‘In 1883 there were two basins with 10 coal wharves, 1 lead and glass wharf, a cider press, a cooperage, a skin yard and a timber yard.’
4 Evidence for the construction and use of the canal basin was recorded during archaeological observation at Bancroft Gardens.