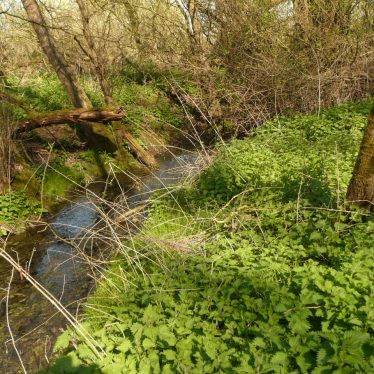 This is a channel (mapped on 1:25000 first series but not on contemporary 1:25000 mapping) that runs parallel to the Sherbourne and leads to the sluice channel.
Image courtesy of William Arnold 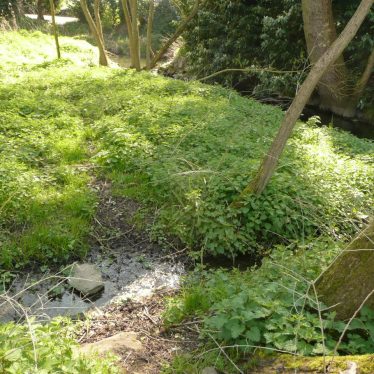 Junction of the channel with the sluice channel. Its depth is not consistent with the lack of gradient and rate of flow. Its straightness again suggests a man-made origin, more likely a drainage channel but possibly mill related.
Image courtesy of William Arnold 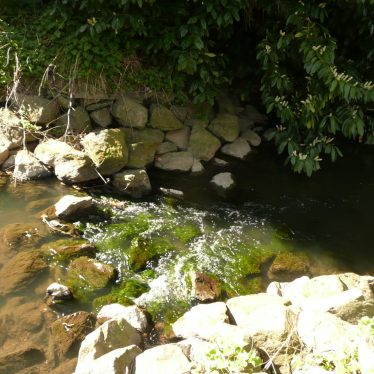 The junction of the Sherbourne and the sluice channel.
Image courtesy of William Arnold 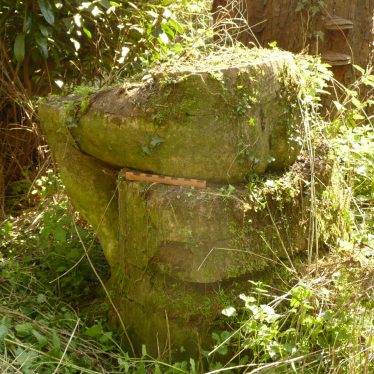 Sculpture (remains of?) in the island formed by the sluice channel and the Sherbourne, probably from the post 20s private ownership of the site.
Image courtesy of William Arnold 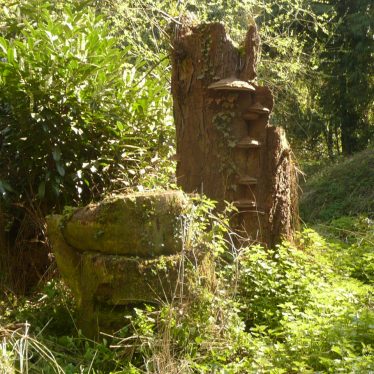 Another view of the sculpture, I could see no remains of a torso.
Image courtesy of William Arnold
Description of this historic site

Baginton Mill, a watermill that dates back to the Medieval period. It continued to be used through to the Imperial period. It is situated 100m east of Baginton Bridge. Some of the mill buildings are still standing, whilst other remains are visible as earthworks.

1 A mill at Baginton is recorded in 1086. In 1545, Francis Goodere owned a mill called ‘overcorne myll’, which probably stood on this site. Information on ownership exists for the mid 19th century until closure in the late 1920s. For some years afterwards the mill was occupied as a private residence, but has since become a public house and restaurant. Much rebuilding has been carried out, but parts of the original remain. The old mill building is now surrounded by extensions. During conversion all the machinery was removed except for the undershot waterwheel, which still turns. It measures approximately 5.5m in diameter by 1.2m wide.

2A document of 1656 mentions ‘edge tole mill’ and it has been suggested the mill may have been used for tool sharpening in the 17th century.