You are here: Home>Locations>Baginton>Baginton Airfield 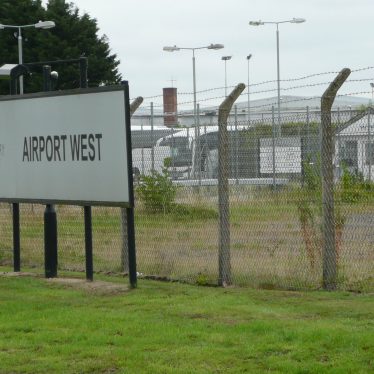 The entrance to Baginton Airfield, close to the Baginton Oak.
Image courtesy of William Arnold 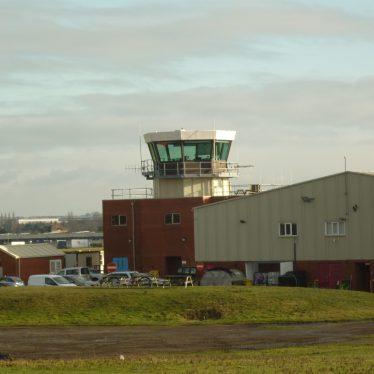 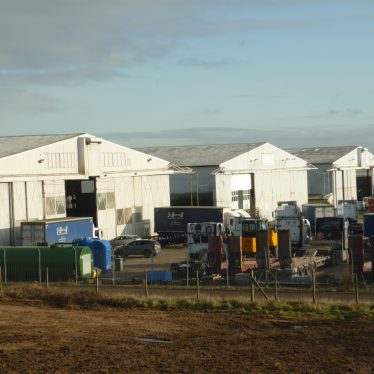 Baginton Airfield was built before 1939. It continued to be used as a municipal airfield after the Second World War. It is situated to the west of Bubbenhall.

1 A municipal airfield developed before 1939 with the support of “Armstrong Whitley” who built their new works (MWA 8095) adjacent the airfield. The first paved runway was not built until 1960. Continues in use as a municipal airfield.
2 Report of a student project investigating the changing land use of all RAF airfields in the modern county of Warwickshire.
3 Vertical air photograph.
4 Oblique air photograph.
5Baginton Airfield is now Coventry International Airport but in the early years of the Second World War it was a RAF Sector Station for the Midlands. It was not ideally suited to the purpose, being without proper accommodation for men or machines. The aerial photographs of this period (see 3,4) show aircraft, possibly Hawker Hurricanes, dispersed across the northern end of the field with temporary canvas hangars, which illustrates the nature of the hurried occupation of the airfield. An attempt to disguise the field by painting trees and hedges on the ground is also visible. The life of the airfield as a Sector Station was limited; it was subsequently enlarged for use by the heavy bombers of 60 Group. Unusually, it was not provided with a concrete runway, which would have precluded fully laden takeoffs. Photographs taken in 1946 show a number of four engine bombers, Handley Page Halifax and Avro Lancaster, dispersed about the site. Given the date, March 1946, and their generally untidy and close spacing they appear to be either awaiting repair or are surplus to requirement and about to be scrapped. One other oddity is a tailless aircraft just outside the factory, apparently part of the Armstrong-Whitworth experimental development programme. There were two aircraft factories, both owned by Armstrong Whitworth. The original factory at Whitley is located to the north-west of the airfield. The later factory was located on the eastern edge of the airfield and was provided with external air-raid shelters and temporary accommodation huts for either workers or the military personnel that manned the defences that are evident on the aerial photographs.
6 Baginton was recquisitioned within days of the outbreak of war and the erection of four hangers to the west of the airfield was started. No 1 Camoflauge Unit formed at Baginton in September 1939; it was in use as a Sector Station from 1940. Detailed information.