You are here: Home>Locations>Leek Wootton>The Wise and Waller Families at Woodcote - Early Years

The Wise and Waller Families at Woodcote - Early Years 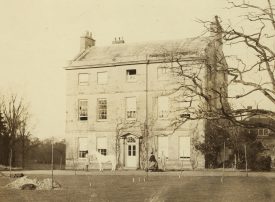 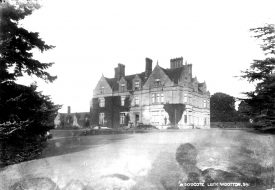 In 1851, Henry Christopher Wise sold the Warwick Priory and 37 acres of its parkland to the Birmingham and Oxford Railway Co, which planned to lay its railway track through the park, close to the house. He was 46 when he inherited and for 20 years had been renting an estate called Woodcote in Leek Wootton, which bordered the Priory estate to the north. When Henry Christopher sold the Priory he bought Woodcote and set about improving the property. In 1852 he diverted the road which passed immediately in front of the house, creating Woodcote Lane, and used the old road as his drive. He also built and bought a number of properties in the heart of Leek Wootton and purchased more land.

His wife, Harriett, died in 1858, after 30 years of marriage and eight children. He married again, to Jane Harriett Disbrowe during the 1860s and had a further two children.

In 1861-1862 Henry Christopher demolished the existing house and built a fashionable new one, designed by John Gibson, which still stands. By the time of his death in 1883, only one of his sons by his first marriage, George, was still alive to inherit.

The text for this article was originally published in the leaflet Explore Warwick and surrounding villages through the lives of the Wise & Waller Families published by the Warwickshire County Record Office, and is re-used with their permission.