You are here: Home>Locations>Willoughby>Finding Thomas Atterbury: A Willoughby Chase 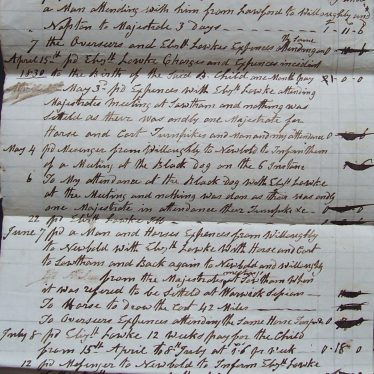 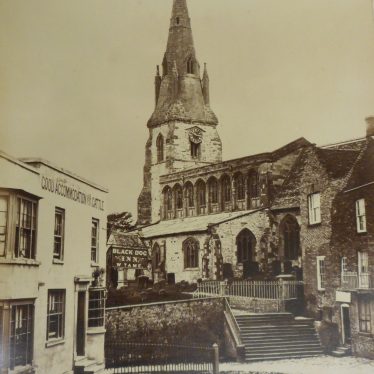 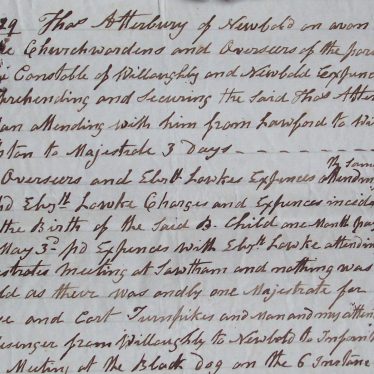 These days maintenance for the children of unmarried parents is a fact of life, but who knew that flighty fathers were being chased for child support as long ago as the early 1800s?

There are many examples of bastardy returns paperwork from the parishes to each region’s Quarter Sessions clerks and one example includes the expenses incurred in pinning down Mr Thomas Atterbury, named as the father of Elizabeth Jouke’s illegitimate child in Willoughby. Over a period of months from November 1829 to the following July, the parish officers of Willoughby were engaged in the pursuit of Mr Atterbury, travelling back and forth across the county in an attempt to track down Thomas and get him to assume responsibility for the child.

Their expenses1 were listed in detail. They include attending a meeting on May 6th at the Black Dog in Sowtham [sic] where ‘nothing was done as only one magistrate was present’. On June 7th they paid expenses for a man and horses from Willoughby to Newbold with Elizabeth Jowke with horse and cart to Sowtham and back again to Newbold and Willoughby from the magistrates meeting at Sowtham when it was ‘refused to be settled at Warwick sessions’.

The actual return is fairly easy to read (uncommon in many documents of this age) and unusually the woman (who is a widow) is also being charged for maintenance if she is not nursing the child herself.

The high price of illegitimacy

Bastard children were a problem for all parishes which at that time were required to support the mothers in the absence of the fathers under the original Poor Law Act of 1601 and its subsequent amendments.  Strenuous efforts were put into tracing absent fathers, with mothers put under pressure to identify and help locate the men responsible for their pregnancy.

A Bastardy Bond would be obtained from a Justice of the Peace once the identity of the father was known.  This was an agreement between the man and the Parish to pay costs relating to the child.   Once the child was born, a maintenance order was made and the man required to pay the costs of the birth plus a weekly sum.

A valuable source of information

Examinations were made by magistrates and records kept as part of the bastardy processes are a valuable primary source of information from a section of society rarely heard from directly at this point in history – the impoverished and destitute.

This article was Document of the Month for the Warwickshire County Record Office in April 2016. Further articles can be found on their website.