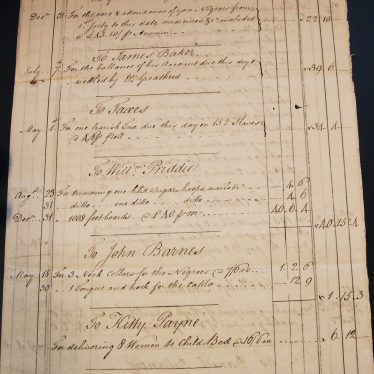 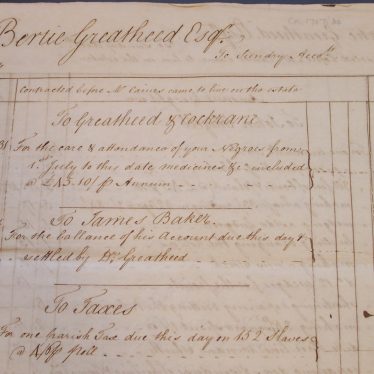 Detail of the accounts for medical care of the slave at the St Kitts plantation.
Warwickshire County Record Office reference CR1707/30 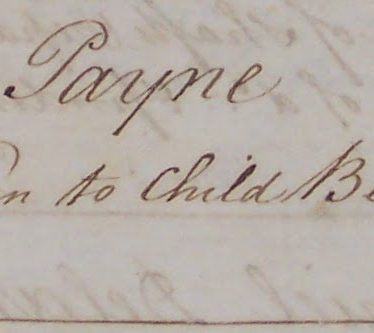 Britain’s history of slavery may seem a million miles away from picturesque Warwickshire, but there are closer connections than many may think. We have taken from our collection the accounts of a sugar plantation in St Kitts from 1782, when it was owned by the Greatheed family of Guy’s Cliffe.

We can see from the accounts that by 1782, the plantation was paying tax on 152 slaves. These slaves may have worked under better conditions than many, as the accounts show bills for ‘care and attendance of your negroes’ with medicines included, as well as midwifery services for eight women.

Bertie Greatheed had inherited the plantation from his father Samuel (the Whig MP for Coventry 1747 to 1761) but, radically for his time, Bertie opposed slavery. He was a supporter of William Wilberforce and referred to the plantation as ‘that odious property’.  He also opposed bloodsports and the terrible conditions of workers in local textile factories.

Sugar was to the 18th and 19th centuries what oil is to us today.  Wars were fought over it and some argue that Britain eventually lost her US colonies because her military was too busy protecting the sugar plantations to quell the revolution.

We may be doing our best to avoid it these days, but in days gone by we couldn’t get enough of the white stuff.

Sugar had long been a status symbol in the UK, with many an upper class dining table adorned with creations made from pure sugar (often coloured and fashioned into shapes) as well as sugar loaves. These were huge cones of sugar that would be hammered into smaller pieces and then pinched into usable chunks using special tools.

British colonists called it white gold as consumer demand drove the slave trade in the Americas, and the resulting profits helped to fuel the Industrial Revolution in Britain.

The legacy of the slave trade

While the UK saw massive expansion and progress through the industrial revolution, which was partly paid for by the profits from sugar and the associated slave trade, slavery was abolished by Act of Parliament in 1833. That same act also provided for compensation to be paid to slave owners.  Many then redeployed their wealth into other investments.

This topic relates well to Black History Month, and their website is well worth visiting.

University College London has put together a searchable database of those who received compensation and the various commercial, cultural and historical interests into which they invested their legacies.

This article is November’s Document of the Month for the Warwickshire County Record Office. Further articles can be found on their website.