You are here: Home>Locations>Leek Wootton>The Peterloo Massacre and its Link to Warwickshire

The Peterloo Massacre and its Link to Warwickshire 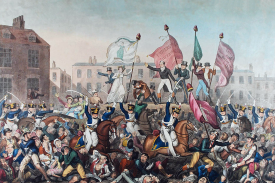 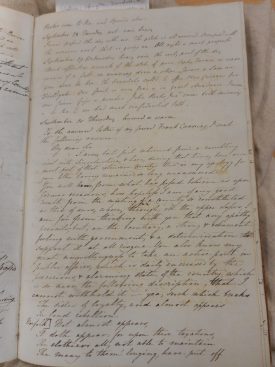 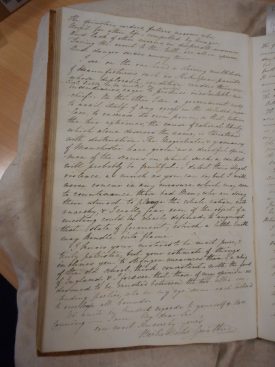 The massacre at St Peter’s Field, Manchester, occurred on 16th August 1819, at a meeting of 60,000 people gathered to hear the orator Henry Hunt talk on electoral reform. The meeting was originally to be held on the 9th August, but it was rearranged due to the authorities deeming the original meeting illegal. At the time, magistrates were fearful of civil disturbances by movements such as the Radical Reform Movement, and relied heavily on special constables and yeomanry forces. Reformers had been holding drills in the countryside surrounding Manchester, which had led to feelings of suspicion.

Death, injury, and a Warwickshire response

When the meeting took place the authorities acted quickly, charging the crowd. The attack lasted less than 20 minutes in total. It is estimated that 18 people died, and 700 were seriously injured. Lists of the dead and wounded were published, and a relief fund for the victims and their families was set up. The Peterloo Massacre saw the beginning of the fight for reform of the electoral system.

The event is noted in this journal written by Bertie Greathead1 of Guy’s Cliffe, near Warwick.2 The entry, dated 30th September 1819, spans two pages and refers to a reply Bertie wrote to a letter he received from Frank Canning.3 Bertie shows himself sympathetic to the victims. He makes reference to the massacre at Manchester and remarks to Canning about how he detests the magistrate and yeomanry forces’ “illegal violence as much as you can do”.  He remarks about the divisions of the country at the time:

I see on the one hand a starving multitude of Manufacturers such as Shakespear paints, whose deplorable condition renders them peculiarly liable to be misled by wicked incendiaries, eager to produce incalculable mischief. On the other I see a government ready to avail itself of any excess in the deluded  populace, to encrease its own power; so that, between  the two extremes, the cause of rational liberty, which alone deserves the name, is threatened with destruction.

Bertie Greathead was born on 19th October 1759, to Samuel Greathead, and Lady Mary Bertie. He was orphaned at the age of 14 and along with his brother Peregrine, he was placed under the parental guardianship of his uncle General Edward Mathew. He married his cousin, Ann Bertie, on 31st July 1780. Bertie made his name as a poet and playwright, and travelled widely. His only son, Bertie Greathead the Younger, died in Italy on 8th October 1804, aged just 23. His daughter then went on to marry Lord Charles Percy, the son of the Earl of Beverly, in 1823. Greathead kept several journals throughout his life. Bertie died at home in Guy’s Cliffe, on 16th January 1826 aged 66.

1 Sometimes referred to as Greatheed.

3 The original letter has been bound into the journal.

This article was Document of the Month for the Warwickshire County Record Office in August 2019. Further articles can be found on their website.