You are here: Home>Locations>Barcheston>St Martin, Barcheston: Repairs, Restoration, and the Rectory 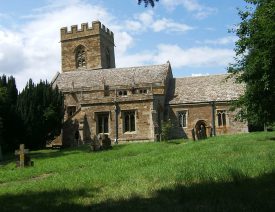 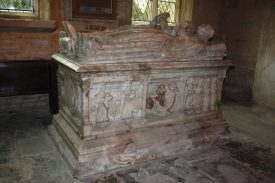 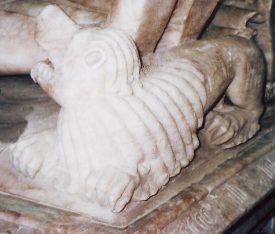 A cherub on a gravestone at St Martin, Barcheston.
Image © Hilary L Turner

Major repairs and extensive restoration were carried out over twelve months 1869-70 when the church was closed for a year. According to the Leamington Spa Courier the work was supervised by Mr J Parker; but advertisements in that newspaper for 1 May 1869 (p.5) stated that ‘persons desirous of contracting for the restoration….can see plans and specification on and after 3 May….at the rectory. Tenders to be sent to the architect Ewen Christian, 8a Whitehall Place London before 29 May.1 Elsewhere it was said that ‘as much of the old building as possible will be carefully preserved. New roofs to the chancel, nave and two aisles will be necessary; and new seats throughout in place of the present ones. The unsightly gallery will be removed.’2

The contract was awarded to Mr Alfred Groves of Milton, Chipping Norton who carried out the work at a cost of £1050. The church was re-opened on 1 March the following year by the Archdeacon of Worcester and 14 other clergymen. Attendance at the afternoon service was reported to have been small ‘in consequence of the unfavourable state of the weather’.3

One of the attractions for the congregation were the chained books, now deposited at the County Record Office, and the two chambers in the tower, described – incorrectly – as anchorites’ cells. Removal of the old plaster revealed the Norman doorway in the east wall of the north aisle. A seating plan of 1870 shows the reservations for the new pews, still in place.4

In 1905 the Willington tomb was restored. According to the Tamworth Herald, ‘the ancient alabaster tomb…had a coat of paint and the dirt of ages removed from it’ and it was rebuilt. The work was ‘done to the order of Mr John R Willington, a lineal descendant’.5

The rectory was described in inventories of 1631 and 1639; it is not entirely clear whether the later seventeenth century rectors were resident but certainly towards the end of the next century some rectors lived elsewhere. Whether this was because they held livings in plurality or simply because the house at Barcheston was dilapidated is not known. A series of licences for non-residence were granted by the Diocesan from 17 December 1810 until 30 December 1830 ‘on account of the unfitness of the rectorial house’ and a later survey of Worcester parishes stated that the manor house and the parsonage were pulled down at the beginning of the nineteenth century.6 That remark is true of at least part of the manor house.

The parish no longer has a resident rector or curate, but is part of the South Warwickshire Seven Group, united with Barton on the Heath, Burmington, Cherington with Stourton, Long Compton, Whichford and Wolford. Formerly in the deanery of Kington (Kineton) and once within the diocese of Worcester, the benefice is now in the diocese of Coventry, the Archdeaconry of Warwick and the deanery of Shipston. The living has never been very rich. It was valued at £13. 6s 8d in 1535 and later received money from Queen Anne’s Bounty, a fund established in 1704 to augment the income of the poorer clergy.7

An article about the church’s history to the mid 19th century can be found here.

This article was originally published on the Barcheston’s History website, where a number of pdfs with further information about the church are available. There are also a number of pages about other elements of Barcheston’s history.

email
More from Barcheston
More from Chapels and Churches