You are here: Home>Locations>Middleton>St John the Baptist, Middleton 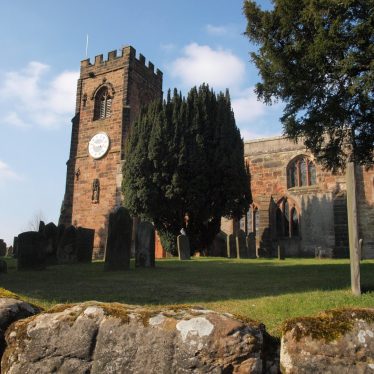 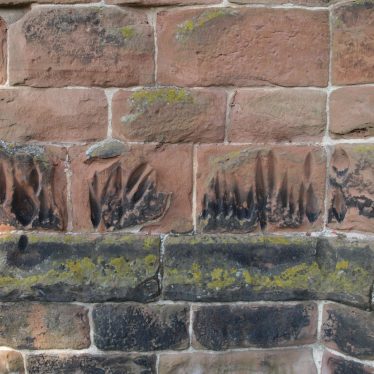 Grooves in the sandstone.
Image courtesy of Caroline Irwin 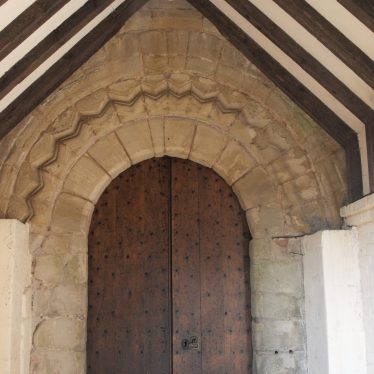 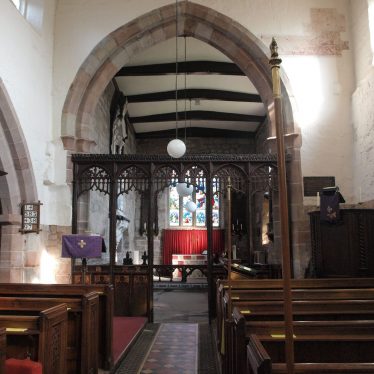 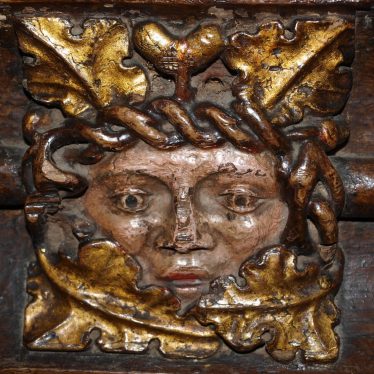 A Green Man, or Man in the Oak Tree? Carving in chancel screen.
Image courtesy of Caroline Irwin 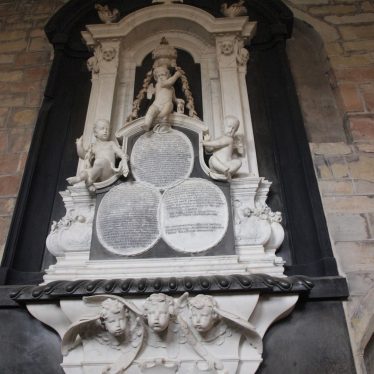 According to the guide book the grooves in the sandstone were made when implements were sharpened. Presumably this includes arrows and these marks are far more obvious than the ones at St Giles, Packwood. The church porch was built in the 18th century but above the church door can be seen Norman dog-tooth stonework over the original 800 year old church entrance.

The Fitzherbert Recess is the oldest monument in the church and the small brass plant has an inscription in Latin to Dorothy Fitzherbert (nee Willoughby) who died in 1507.

The 17th century Willoughby Monument is very important architecturally and is 17 feet high. It was erected in memory of Francis Willoughby (a naturalist who died in 1665) and his wife Cassandra (died 1675). This and other Willoughby gravestones show the link with nearby Middleton Hall. The White Memorial is in memory of Samuel and Benjamin White whose charity constructed six almshouses in the village.

When Victorian plasterwork was removed from the Nave in 1994 the remains of 14th century wall paintings were revealed.