You are here: Home>Locations>Warwick>Recollections of a Warwick Childhood

Recollections of a Warwick Childhood 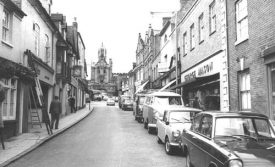 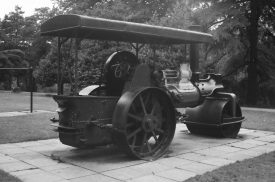 I was five years old when I came to Warwick. My first memories are of going to my first school, All Saints School it was then. They used to have an open fire in there in the winter and they had a big horse chestnut tree growing in their field, next to the school. We used to play games at school like hopscotch, fivestones (what they call jacks now), catch and throw and stuff like that. We had good sports days in the school field. Just normal run-of-the-mill school things, you know.

I had a ‘nature education’ with my Dad and Mum – I can remember going for a walk with them, over the woods (now Spinney Hill), walking around with our dog and sitting on the logs and looking at the trees and everything. There were allotments near there, near the greyhound track at the back of Spinney Hill and Mill Bank – the blocks of flats weren’t there when I was a child, they were built as I grew up. My next door neighbours from Chesford Crescent had an allotment and they used to grow chrysanthemums – HUGE chrysanthemums – and they used to show them. I can remember going down there and seeing them covered with paper over the blooms to protect them.

Climbing on the steam roller

We used to catch newts and minnows out of the streams down the ‘bull fields’, as well as frog spawn that my dad used to take home. We’d put them in a tank and watch the tadpoles. My parents used to bring us up to the Market Hall Museum. Dad would take us upstairs to see the plan of Warwick and the worker bees. The elk [giant Irish deer] used to be in the main entrance when I was a child. I can also remember climbing over blocks of stone in Victoria Park [in Leamington Spa] and they’d got a big steam roller that we were allowed to climb over.

Working in a local shop

My first job was stacking shelves and things like that in a shop called George Mason’s – it used to be down Smith Street. It was only a Saturday job. I’d go home and give so much to my Mum and I’d come out with enough to buy myself some sweets or whatever. Down the Saltisford, where Sainsbury’s is now, there used to be a second-hand shop that used to have baskets hanging outside and they used to sell records inside. I bought my first Cliff Richard record from them!

Map marker in the right place? If not, please correct the map.
Locations
Warwick (1249)
Subjects
Family Life (139)
Author
An Interview With Christine from Warwick
Date