You are here: Home>Locations>Bickmarsh>Recollections of Life in the Women's Land Army: Part One

Recollections of Life in the Women's Land Army: Part One 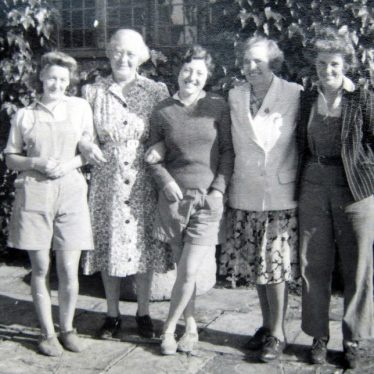 Three Land Army girls outside Wickhamford Manor. The group consists of Jean Knight (left), Kathleen Whitely (centre) and Jessie Savage (right) together with two older women who were 'matrons' looking after the younger women. To the left of centre is Mrs Cottsell; to the right of centre is Mrs Osborne.
Image courtesy of Joan Broscomb 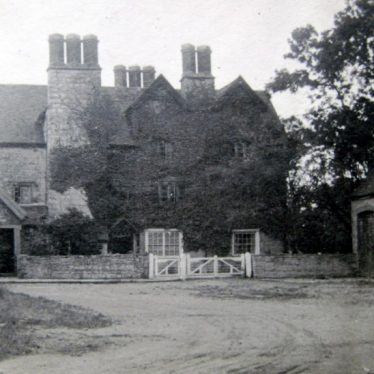 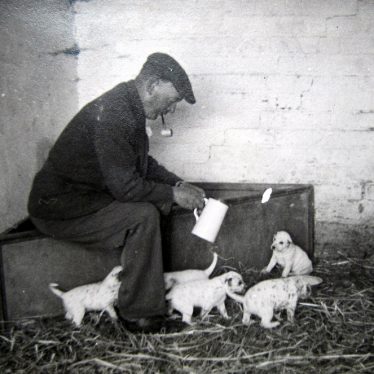 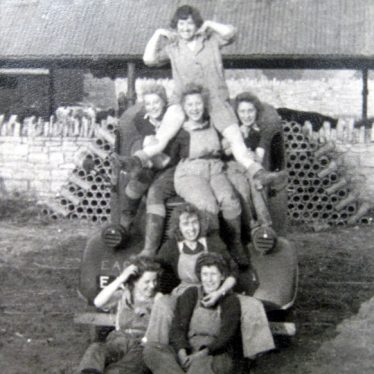 Land Army girls sitting on one of the vehicles that picked them up to go from Wickhamford Manor to Bickmarsh Hall farm. The driver was Joan Amis, who is in the front row, right hand side. 1940s.
Image courtesy of Joan Broscomb 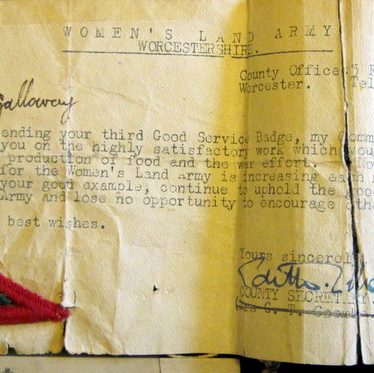 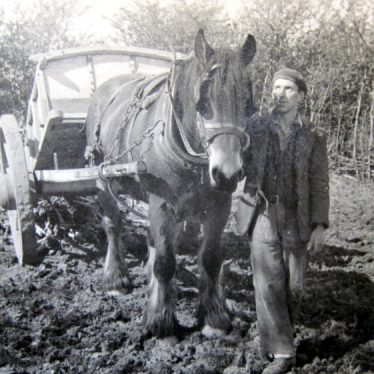 At work on Mr Weaver's farm near Bidford on Avon, 1940s.
Image courtesy of Joan Broscomb

On the 9th February 2018 I had the pleasure of meeting Joan Broscomb née Galloway. A family member had pointed out to Joan that a photo she had taken was in the Wickhamford section of the Badsey Society website. It showed five Land Army girls outside Wickhamford Manor where they were billeted during their time in the Women’s Land Army.  The photo had been given to the society by Jean Sutton (nee Knight) who had also served in the Women’s Land Army, was billeted at Wickhamford Manor and having married a local man still lived in the village.

Called up for war service

In 1943 Joan Galloway, a Birmingham girl, was called up for war service and was allocated to the Women’s Land Army. In June of that year Joan, with her bike in tow, caught the train from Birmingham destined for Evesham, together with other girls who had joined the Women’s Land Army and were going to work in the Vale of Evesham.

On arrival at Evesham station the land girls were loaded on to a waiting lorry and transported to their various billets. Joan’s billet was Wickhamford Manor, a beautiful Elizabethan house that had been taken over to accommodate the Land Army girls who were badly needed to help on the local farms and horticultural holdings.

One of Joan’s first jobs was hoeing an outdoor tomato crop for Mr Van der Becken who lived in a large house just off Merstow Green, Evesham. However, for most of her time in the Vale she worked at Bickmarsh Hall farm, near Bidford on Avon.

The farm was run by Mr Lancaster, a kind gentleman farmer that Joan held in high esteem and all the Land Army girls called him ‘Sir’.  At Christmas Mr Lancaster gave all the staff including the Land Army girls the choice of a goose, turkey or capon. Occasionally Joan was allocated to work on the adjoining farm to Bickmarsh Hall that was run by Mr Weaver, who was not her favourite employer.

More about Joan’s time in the Women’s Land Army can be found by following this link.