You are here: Home>Locations>Bickmarsh>Recollections of Life in the Women's Land Army: Part Two

Recollections of Life in the Women's Land Army: Part Two 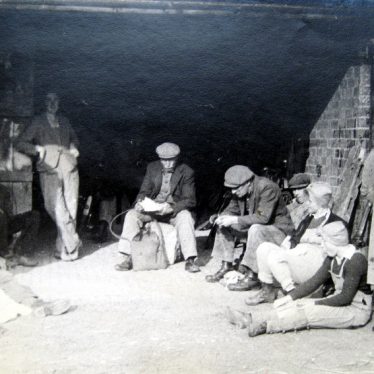 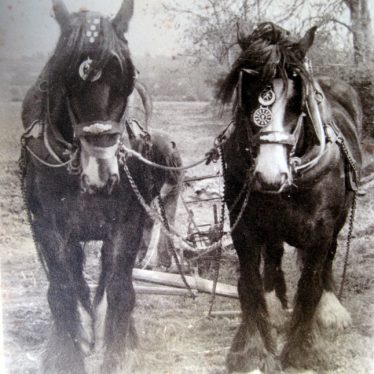 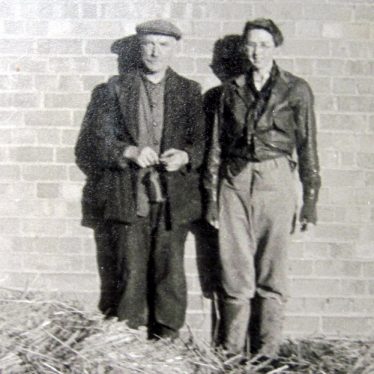 Ted Betteridge, one of the farm workers at Bickmarsh Hall farm, and Joan Galloway. 1940s.
Image courtesy of Joan Broscomb 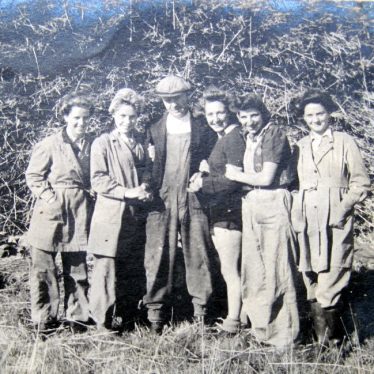 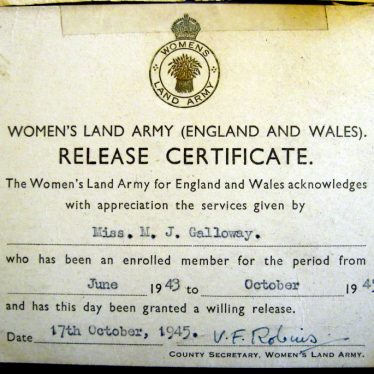 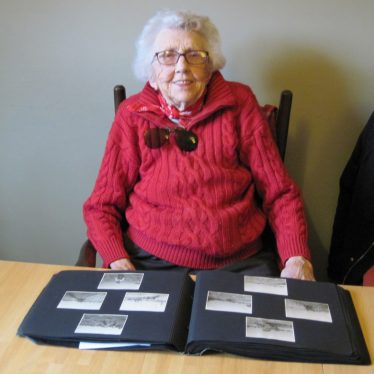 Joan Galloway had been called up to the Women’s Land Army in 1943. The day for Joan started at 7am with breakfast. After breakfast a lorry would come and collect her and the other land girls and take them to their workplace and then pick them up at the end of the day and return them to the Manor. If the farm was less than three miles away from the billet the land girls would cycle to work.

A mass of sandwiches

Every evening Joan would cut up four 4lb tin loaves of bread for sandwiches to be made the next morning. The packed lunches were eaten in the barns but in the winter the housekeeper at Bickmarsh Hall would light a fire in the chapel attached to the Hall and the land girls would eat their lunch in the warmth. The housekeeper would bring them hot jacket potatoes for which the land girls saved their butter ration.

Joan learned to drive several tractors as well as doing running repairs if they broke down. The work was varied through the seasons but one job that Joan never did was pick sprouts.

At Wickhamford Manor Joan shared a bedroom with three other land girls.  Whereas most of the residents of Wickhamford would have taken a bath in a tin bath, Wickhamford Manor had the luxury of three bathrooms. During summer when there was water rationing the land girls were allowed one bath of water five inches deep every night which they had to share (no refills allowed).

The Land Army girls frequented the Fleece Inn at Bretforton where Joan remembers chatting to American servicemen who were in the area. She remembers going to the Clifton Cinema, Evesham and also buying ice creams from the ice cream parlour owned by the Capaldi family in Oat Street.

After the war ended Mr Lancaster held a traditional Harvest Home celebration dinner for all the staff at Bickmarsh Hall. All the Land Army girls were invited and entertained by the farmworkers whose tradition it was to take a turn with songs and poems.

Joan’s father ran a well-known photographic chemists shop in central Birmingham known as Camera Corner and Joan had the good fortune to own a Leica camera. A keen photographer she took many photos during her time in the Women’s Land Army.

Joan loved the farming life and was sad when it all ended in October 1945 and she had to return to Birmingham to work in her father’s shop.

There are further pictures from Joan’s album available on Our Warwickshire at the following links:

Thanks to Joan for allowing access to her wonderful album and her daughter Sara and her husband, with whom she lives, for allowing us to visit.

Thanks to Tom Locke, who I accompanied on my visit to Joan, for copying all the photos.