You are here: Home>Locations>Warwick>Puckering's Almshouses 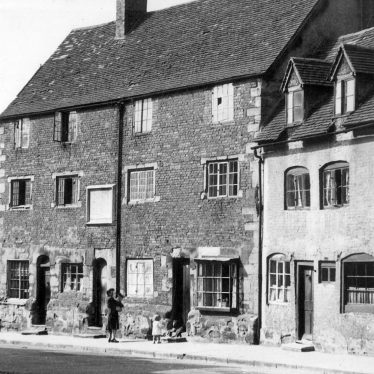 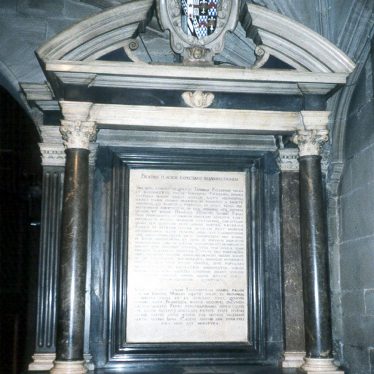 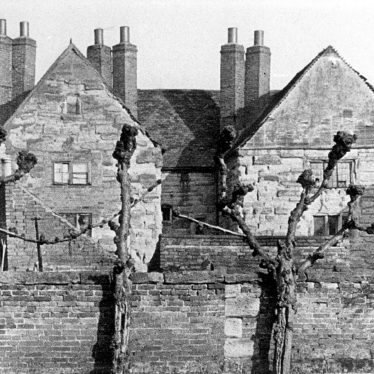 Sir Thomas Puckering (1592-1637) owned the Priory in Warwick, now the site of Warwickshire County Record Office. He was the MP for Tamworth and Sheriff of Warwickshire, and his memorial can still be seen inside St Mary’s Church in Warwick. His charity was founded by deed in 1633 to help poor families who could not afford the fee to apprentice their children to a trade. Two buildings were constructed in Warwick and let out to six tradesmen at a nominal rent on condition that they each undertook to train three poor boys as apprentices. The record office holds a document in which Sir Thomas Puckering lets out a tenement in Walditch to weaver Thomas Greene for 21 years from 1634 on condition that he takes on Edward Ley as an apprentice for seven years and subsequently two more nominated apprentices.1 Around a hundred years later (in 1735), there were complaints that the Puckering apprentices were not being properly trained but sent out to gather sticks, breaking hedges and causing a nuisance around the town through pilfering etc. As a result, the properties were let out and the income used to apprentice poor boys from this time onwards.2

The record office preserves records from this charity. These include indentures for apprentices supported by the charity from 1743 until 1922: for example John Greenhoff was apprenticed to a Stratford woolcomber in 1768.3 The same bundle of material gives details of repairs to the almshouses.3

Puckering’s buildings were called almshouses even though they were not conventional almshouses (which usually house the elderly poor). One of the two Puckering’s almshouses stood in Rotherchipping (now Brook Street) and the other in Wallditch (later Bridewell Lane and now Barrack Street). The charity exchanged the Barrack Street property for land in 1789 and the Brook Street building was sold in 1881. Clearly the latter was a handsome building, solidly built of local stone. Sadly both buildings have now been demolished; the Brook Street one, shown front and back here, went in 1950.