You are here: Home>Locations>Barford>Private Lunatic Asylums 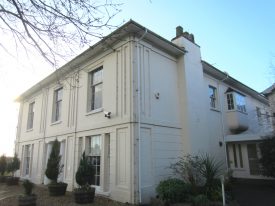 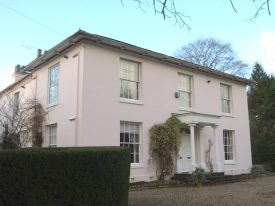 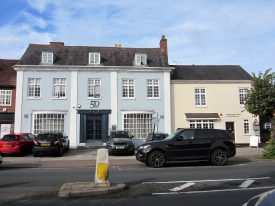 Several private lunatic asylums were set up locally in the 19th century for those who could afford to pay. These private asylums were much smaller than the Hatton County Lunatic Asylum. The Quarter Session minutes record the annual licences granted to those running the private asylums: a licence cost £5 in 1890. A group of JPs and a doctor were appointed to visit these asylums annually. Dr John Conolly was one of these visitors in the early 19th century: he pioneered the humane treatment of mental illness nationally and later advised on the setting up of Hatton County Lunatic Asylum. Those in charge of the private asylums usually included a medically-qualified man and a matron, sometimes a married couple (for example the Agars at Glendossil below).

Five Asylums at Henley in Arden

Henry Brown was granted a licence for 20 patients for his house at Henley in 1831.

Dr. Thomas Burman ran a private lunatic asylum at Henley in Arden from 1795 in what had been the Talbot Inn and still stands as 50 High Street (see photo). The building was connected via an arch (that has now disappeared) over Doctor’s Lane to properties the other side. The asylum contained up to 30 patients who were charged a guinea a week for board and medicines. Three generations of the Burman family ran this asylum: Thomas senior, Thomas junior and then Hugh. Their successor Dr Diamond named the asylum ‘Burman House’ after the founding family.

Dr. Thomas Burman built a house for his family off the Stratford Road around 1820.  This family home was later turned into another asylum called Arden House run by Dr George Dartnell until 1876. After this it became a school (eventually called Ardenhurst preparatory school). Today (2014) Arden House is part of Warwickshire College.

Hurst House stands close by (see photo); it was also built around 1820 and used as a private lunatic asylum for 10 patients from 1858 to the1890s. The management was linked with Arden House.

This was licensed as a private lunatic asylum in Henley in Arden from 1882 to the 1890s. Patients from Burman House were transferred here in 1882. Dr. Samuel Hollingsworth Agar and Mrs Elizabeth Ann Agar ran Glendossil in the 1880s. Dr. Agar had formerly worked at Burman House and Hurst House. Glendossil turned into another family business because later on it was run by Dr. Samuel H Junior (in the 1890s) together with John James Agar and Mary Hollingsworth Agar in 1902.

The Birmingham and Midland County Idiot Asylum stood in Dorridge Grove, Knowle. This asylum  contained 20 patients in the 1860s but expanded up to 60 by the 1890s; it was a charitable institution (though the name was rather uncharitable!).

Duddeston House in Aston had been built in 1758 and was the home of the Galton family which included Samuel Galton junior (the man who discovered that all the colours of the spectrum could be made from the three primary colours: red, yellow and blue). From 1838 to 1865 the house was used as a private lunatic asylum housing up to 90 patients. By 1868 it was being used as part of St. Matthews, a local infant school, and later it became St. Anne’s National School in its own right. It closed as a school in the 20th century (the pupils transferring to St. Matthews) and was demolished in 1971.

Miss Mary Gibbs ran a private lunatic asylum for up to 20 ‘insane persons’ in the 1830s.

Thomas Morris was granted a licence to run an asylum in Barford for six patients in the 1830s.

Does anyone have more information about these private lunatic asylums?

1 I am very grateful to Julie Moores for information about the Henley Asylums incorporated in this article.