You are here: Home>Locations>Hatton>A History of Hatton

A History of Hatton 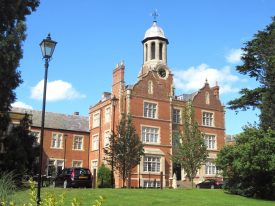 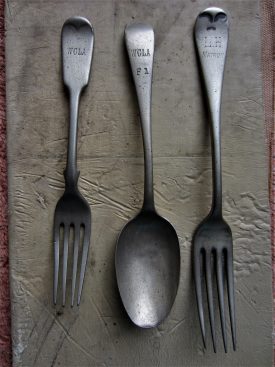 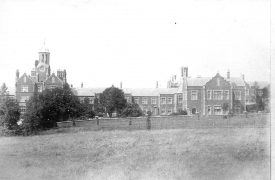 Central Hospital was largely self-sufficient, with its own fire engine, blacksmith, carpenter, kitchen, sports pitches, chapel, nurses’ home and so on. Huge boilers provided heating and hot water for the site, and the man who ran the boiler house was called ‘The Admiral’. There was an artesian well that used to supply water for the site, and is said to have been drawn on by Warwick in emergencies. The Pharmacy was an important part of the hospital and the pharmacist invented a useful pill dispenser called a Medidose with compartments for each day.

One photo shows that older cutlery was labelled: matron had her own; WCLA stood for Warwick County Lunatic Asylum and LH for Leigh House. The background to the spoons is part of the lining of a padded cell at the hospital, rescued when it was demolished.  Another article on this website describes what it was like working as a nurse at Central Hospital.

The site of Central Hospital had been built as the County Lunatic Asylum in the mid 19th century, and several Central Hospital buildings dated from that era. Some were handsome, but others could best be described as ‘Dickensian’. The asylum had its own farm providing occupation for patients and food for the site.

Rings in the floor

The former slaughterhouse, with rings in the floor for tethering animals, was subsequently used for storing goods made as part of occupational therapy. There was a tunnel linking some parts of the hospital underground – with a few grids to let in light – that was used to store surplus items such as bedsteads, and on at least one occasion as an escape route!

Warwick County Lunatic Asylum was renamed the Warwick County Mental Hospital (WCMH) in 1930. The ‘Rules and Regulations for Nurses’ working there in 1932 show that every aspect of their lives was strictly controlled. The female nurses had to remain unmarried. Those living on site had to be back by 10:00 pm, unless they had permission to return later, and lights out was at 10:30 pm.

A note from matron ordered that all drawers must be kept clean and tidy. When conducting patients from one place to another, ‘Urging by the use of bad language, bullying, shouting, etc. must not be indulged in.’ ‘No patient shall be restrained or secluded except on an order by a Medical Officer, nor shall restraint or seclusion be of longer duration than is absolutely necessary.’ ‘Any Nurse who through carelessness or want of forethought, allows a patient to escape shall pay the expenses incurred in the recapture, unless excused by the Superintendent.’1 There were removable keys on all taps to prevent patients from turning them on.

Fire was clearly a particular concern; fires had guards fitted and patients were not allowed to light or make-up fires. There were five pages of regulations, printed in red, at the back of the booklet, designed to prevent fires and outlining procedures to follow should one occur. There were internal hydrants with hoses in locked boxes and each ward had hand-pumps filled with water at the ready. Only safety matches were allowed in the hospital and staff were not allowed to smoke. Many patients smoked and they used to light cigarettes from the gas light fittings, which was probably more dangerous than using matches!

With the advent of the National Health Service, WCMH became the Central Hospital in 1948. When this hospital closed in 1995, services were transferred to St Michael’s Hospital in Warwick or Walsgrave Hospital in Coventry. Many of the buildings were demolished, but the finest were converted into flats; new houses were built and the whole site is now residential.

1 Rules and Regulations for Nurses, Warwick County Mental Hospital, 1932, pp. 3-4. This and other documents on which this article is based have been deposited in the care of Warwickshire County Record Office catalogue number CR5060.