You are here: Home>Locations>Stoneleigh>Pits at Ticknell Spinney 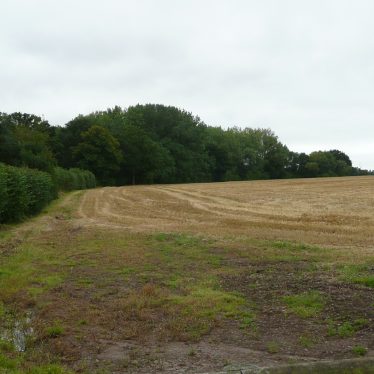 The spinney viewed from the Stoneleigh side. 2017.
Image courtesy of William Arnold 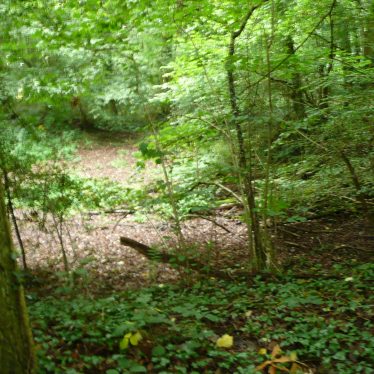 View of one of the many pits, Ticknell Spinney, 2017.
Image courtesy of William Arnold 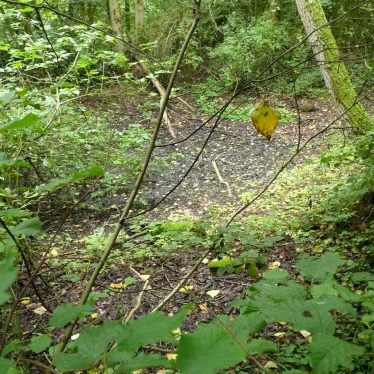 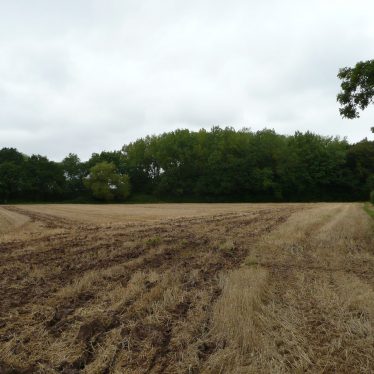 Ticknell Spinney viewed from the Cubbington side, 2017.
Image courtesy of William Arnold 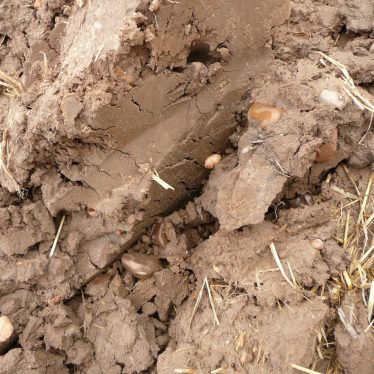 Ticknell Spinney as presently mapped is substantially the same as it was mapped circa 1830, a triangular spinney with one face bordering the road from Stoneleigh to Cubbington. In the 1830, it is shown with a track running exactly the length of the spinney on the Cubbington side face. The spinney is grown over a number of pits of varying shapes which are only separated by narrow banks, these have the appearance of man made features. The only area not pitted is the edge facing Cubbington which is level and even, and corresponds with the track marked in early mapping.

The site may have been for clay extraction and brick / tile making; it resembles other Stoneleigh sites associated by name with brickworking . Other explanations might be fishponds or retting pits – I favour brickworking. The site must predate the spinney marked in 1830s mapping, with the track allowing an area for access and working.

It is worth remembering that bricks were still until recently sometimes fired in clamps which would leave very little to observe on the surface and that spinney can not only mean a small wooded area but an area of immature trees such as would naturally grow (or Be Planted ) on a site rendered less suitable for agriculture and not actively farmed.

email
More from Stoneleigh
More from Brick and Cement Works