You are here: Home>Locations>Edge Hill>Ghostly Happenings After the Battle of Edgehill

Ghostly Happenings After the Battle of Edgehill 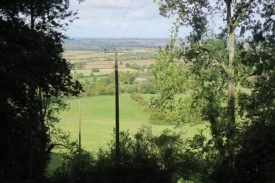 View from the top of Edge hill, towards the battlefield, 2019.
Image courtesy of Gary Stocker 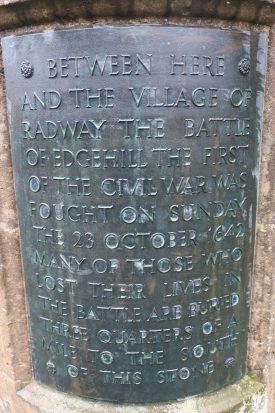 The secondary school which I attended, Kineton High, was in sight of Edgehill, where the first major battle of the British Civil War was fought. A story used to go around October time, during the Michaelmas Term, about how if you went up there around midnight on the 23rd October (the anniversary of the conflict), then you would see a ghostly re-enactment of the battle.

I remember pestering my mother once (I remember that it was a Thursday night, which would have made it 1980) to drive me up there; we lived in a village called Wellesbourne then. The actual battlefield is inside the army base of what was then CAD (Central Ammunition Depot) Kineton, so obviously you could not go in, but we drove around the roads round there, stopping the car occasionally to look across the fields. The funny thing was that there were quite a lot of cars, parked in gateways, with people looking across the fields, which was quite unusual, considering that area is still very rural without a great deal going on normally! We did not actually see anything supernatural though.

Years later, some of us from a company which I used to work at used to go there. Although the date, 23rd October, was the Old Style date. So we worked out the proper date and went there on the recalculated date as well, although we didn’t see anything supernatural on either time. The latter time we had a few drinks in the pub at the top of Edgehill and then followed the public footpath into the fields.

This was based on what were meant to have been real events. Two pamphlets published in January 1643, A Great Wonder in Heaven and The New Year’s Wonder recounted how a couple of months afterwards, people in the area saw at night time the battle re-enacted in the sky. This was repeated every few nights and people from the area visited to witness it. A Mr Marshall, the minister in Kineton, went to Oxford where the King was based, and told him. He sent a commission, with six gentlemen, to investigate. Not only did they get first hand accounts, but saw it for themselves.

It was thought that it may have been caused by some of the war dead not being buried, so this was remedied. Since then the full scale battle has not been witnessed although occasional things are said to happen, including Prince Rupert leading his cavalry in a charge… we never saw him.

As a result of this being the subject of a Royal Commission, it is recognised officially in the National Archives, the only ghostly haunting to be recognised in such a way.

Linkedin
More from Edge Hill
More from Folklore and Myth