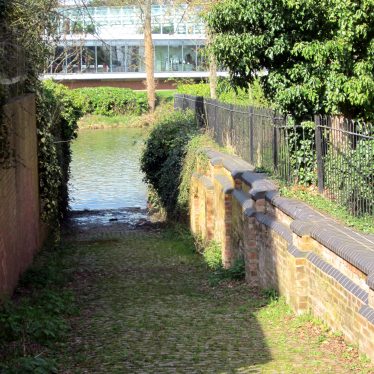 The Elephant Wash (with Jephson Gardens across the river)
Anne Langley 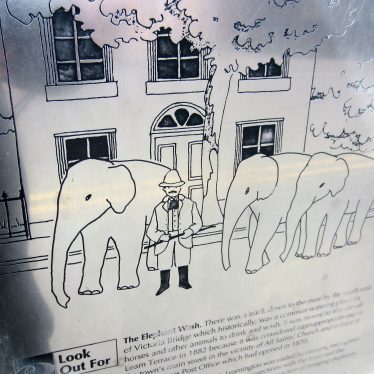 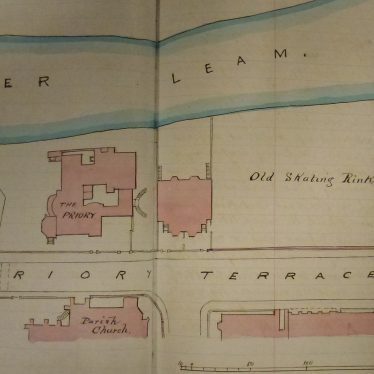 The wonderful picture of elephants outside Woolworths in Nuneaton (on the home page of ‘Our Warwickshire’) reminds me of the connection between Leamington and elephants. Did you know that there was an elephant wash in Leamington? (Yes, I thought it was a leg-pull too when I first heard it!) The first elephant trainer in England was Sam Lockhart, born to a circus family in Leamington in 1850. Sam brought three elephants back from Ceylon and taught them tricks. His circus was a grand building by the River Leam (where the Loft Theatre is now). The elephants were taken down to bathe in the river beside the main Post Office. However their trumpeting disturbed worshippers in the parish church nearby so it was decided to move the animal wash further away. A plan for this appears in an application to the Quarter Session minutes of 1882 (see the photo); this featured as ‘document of the month’ at Warwickshire County Record Office recently.

The ramp down into the river can still be seen next to the Mill Road foot bridge, with a plaque explaining its function (see photos). If you want to know more there’s a nice little book called ‘Elephants in Royal Leamington Spa’ by Janet Storrie that you can buy at Leamington Library. It’s a children’s book, but interesting for adults to read too.