You are here: Home>Locations>Bourton on Dunsmore>Cycling in Warwickshire in the 1950s

Cycling in Warwickshire in the 1950s 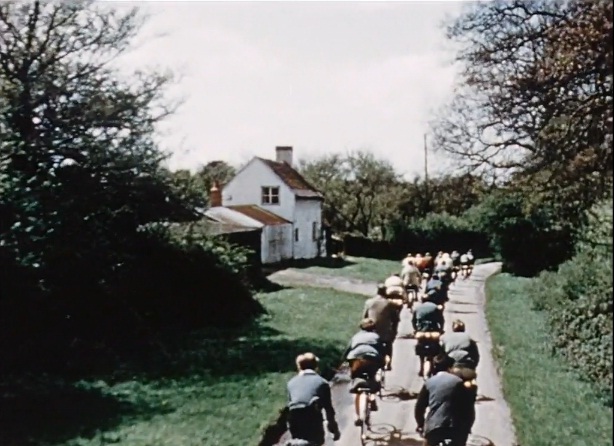 A wonderful short film about travelling around Britain by bicycle – with the help of the odd train. An excursion train equipped with cycle vans takes a party of cyclists and their machines from Willesden and Watford to Rugby, where they split up into separate parties and tour the countryside of Warwickshire, Leicestershire and Northamptonshire. They visit, among other places, Kenilworth Castle, a country pub, the church at Stanford on Avon and the site of the Battle of Naseby, before returning home by train in the evening.

Probably one of the first films to make reference to the cycling ‘bonk’, when a rider doesn’t take on enough food, this short film produced by British Transport Films provides a comprehensive guide to bicycle touring around Britain. The Cyclists’ Touring Club featured here would go on to appear in a sequel of sorts to this film, Cyclists Abroad, which can also be viewed on BFI Player.