You are here: Home>Locations>Charlecote>Charlecote Kitchen 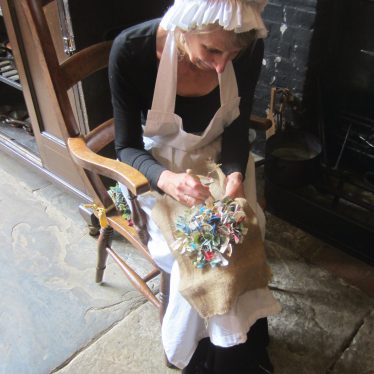 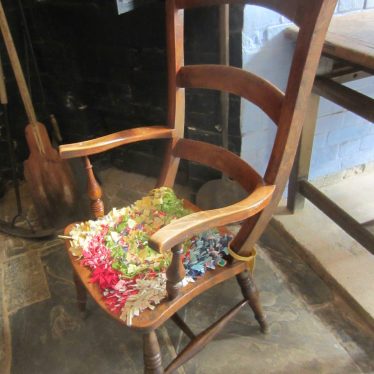 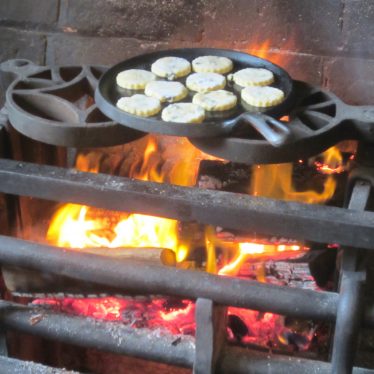 Welsh cakes cooking on a griddle at Charlecote

On a recent visit to Charlecote Park I watched people in Victorian costume at work in the kitchen.

One was ‘ragging’ – making new items from recycled pieces of material. You may recall the rag rugs that people made in days gone by to make good use of material from old clothes etc. The process involves making a hole in the backing (a sort of hessian) and pushing through a short strip of material twice (leaving a fixed loop on one side and two short end pieces on the other). One photo shows the work in action and the other a finished piece being used as a cushion cover.

Cooking on an open fire

The other photo shows Welsh cakes being baked on a griddle. Good judgement is needed here, with no thermostats to help you! And the result is delicious.

Charlecote Park belongs to the Lucy family (who still live there) and is managed by the National Trust. The park, garden & shops are open to the public every day except Christmas Eve and Christmas Day; for details of the house opening see the Charlecote website.