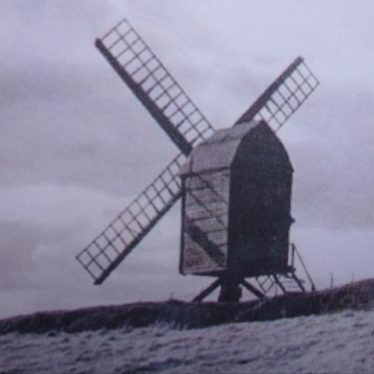 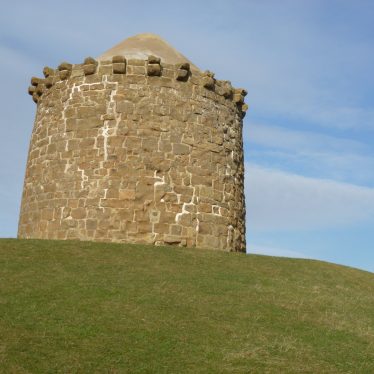 The post mill was built in 1664. It had an open trestle, four common sails, ladder, tailpole and doorway with hooded porch.

It ceased working in about 1912, but was restored in 1933 with public funds by the Society for the Protection of Ancient Buildings (SPAB).

Today there is no evidence of the post mill, but a structure known as ‘The Beacon’ is a landmark on the Warwickshire skyline. This may have been built as a tower mill and later used as defensive lookout tower  in the English Civil War (1642 -48).