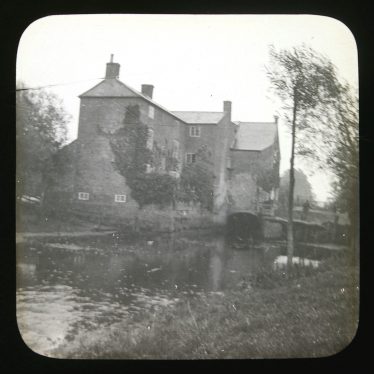 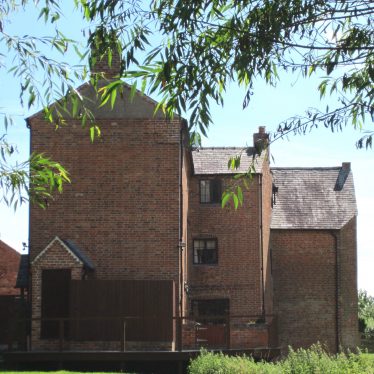 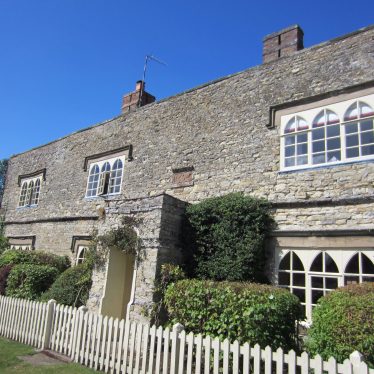 There was a mill at Little Lawford worth 4s in the Domesday book. Trade directories show it active as a corn mill until at least 1921 when Mrs Russell was a water miller there (widow of the former miller Robert Russell) but milling had ceased by 1924. The water wheel was removed in the 1940s to ease the passage of flood water. By the 1950s a small roller mill had been installed to produce animal foodstuffs, however this was driven from outside the building by a tractor.

The building still exists beside a rather deep ford, though it’s no longer a mill. I was told that a car got stuck in the ford across the river here recently and had to be rescued by the fire brigade. This is why I didn’t venture across the river, which had clearly recently flooded, to take my ‘now’ photo. I’m told there’s a footbridge not far away so I must go back and take another photo from the far side.

The mill is reached down Clayhill Lane past the remnants of Little Lawford Hall (shown above) whose colourful past is described in the linked article.