You are here: Home>Locations>Stoneleigh>Stoneleigh Deer Park 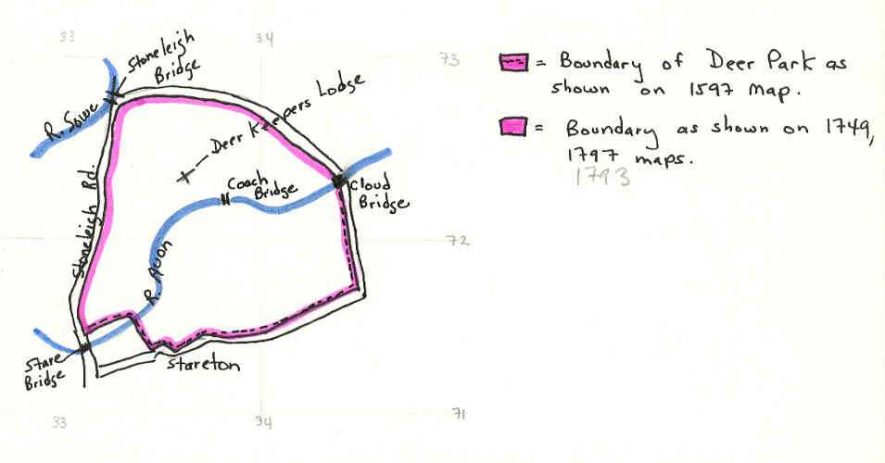 Stoneleigh deer park, where deer were kept for hunting during the Post Medieval and Imperial periods. It is marked on several maps, the earliest of which dates to 1597. The deer park is located to the south east of Stoneleigh.

1 The Deer Park is shown on a map of 1597 (CRO Z139/3b). It is difficult to assess its exact area, but the southern boundary follows a line north of Stare Bridge, along one side of the village of Stareton, and along the lane up to Cloud Bridge. This fence is marked ‘The Park Pale’.
2 The northern boundary is shown more clearly on a map of 1749 (CR0 Z141/4). It follows the Stoneleigh Road up to Stoneleigh Bridge, and then around to Cloud Bridge.
3 A map of 1797 shows the Park covering the same area.
4 The Deer Park still belongs to the Stoneleigh Estate, but no deer are kept there. The area between Cloud Bridge and Stareton is now occupied by the Farm School of Mechanization.
5 Listed with the park around the Abbey.