You are here: Home>Locations>Cubbington>Site of Dovecote, off High Street, Cubbington 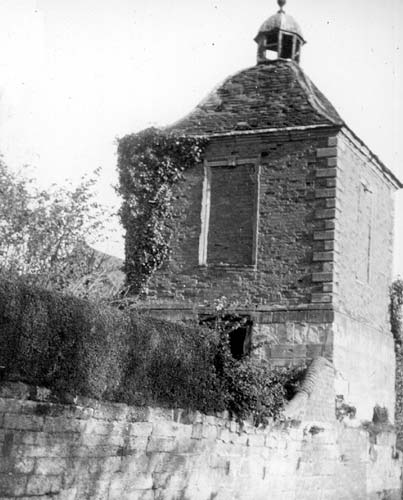 A dovecote that stood in Cubbington, Leamington Spa
Warwickshire County Council
Description of this historic site

The site of a Post Medieval dovecote, a building used for the breeding and housing of doves or pigeons. It was situated 300m south west of the church at Cubbington.

1 The Dovecote no longer exists, but was square, of brick with stone quoins and had a cupola and lantern. A manuscript (CRO Z-149) says that the Dovecote was a summer house in the grounds of the mansion owned by the Greswoldes which was pulled down late 18th c. It appears to be shown on M. Baker’s Map of 1766.
2 Note that authority 1 appears to be describing MWA2516; the summer house was a separate building; the dovecote was pulled down in the early 20th century.
3 The Dovecote still existed 1924 when it was described as a “charming summer house of red brick with stone quoins which can be seen very well from the village street”.
4 According to present owner, it was pulled down when the road was widened shortly after this time.
5 Photograph of dovecote.