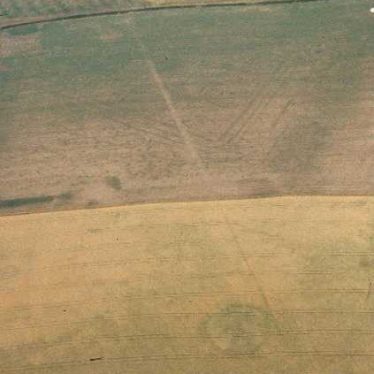 A possible Roman settlement, to the rear of the picture, at Stratford upon Avon
Warwickshire County Council 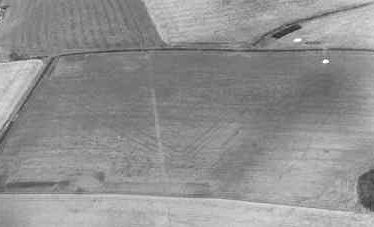 The site of a possible Roman fort, comprising a triple ditched enclosure which is visible on aerial photographs. The site is located 1km north east of Clifford Chambers. Alternative interpretations of the site suggest that this was a Roman settlement.

1 A corner and two sides of a triple ditched enclosure. The site is an enigma, for the inner ditch does not exhibit as large a radius as one would expect from a Roman military installation. On the other hand, the site is too extensive for a settlement or farm community; moreover the second ditch shows a rounded ditch of military characteristics. A fort in this area would not be out of place in relation to the Fosse Way and the road S from Stratford-on-Avon.
3 Field shallow-ploughed September 1978, walked but no surface finds. Pipeline across site some years ago not observed at the time.
4 It is possible that this represents a settlement site rather than a fort, or that the fort was succeeded by a settlement (PRN 6251).