You are here: Home>Locations>Warwick>Site of Medieval Fishponds to N of the Priory

Site of Medieval Fishponds to N of the Priory 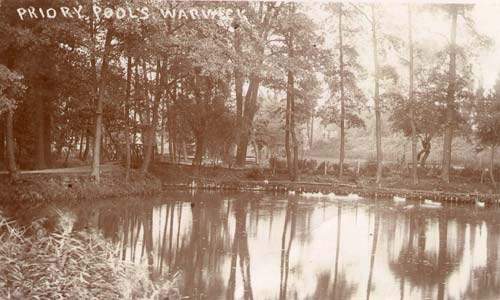 The site of Medieval fishponds used for the breeding and storage of fish. The site is located 200m north west of Priory Park, Warwick.

1 On the NW side of the ‘Priory’ are the old fishponds known as the ‘Priory Pools’; some of these remain while others have been filled up. Near to the ponds was the Priory Mill, which was supplied by a stream which filled, and yet fills, the pools.
2 1951: The N angle of the ponds has been filled in recently. A plan of 1851 shows the ponds before the construction of the railway line. 1968: The ponds have been completely filled in and the area is now parkland.

email
More from Warwick
More from Hunting, Shooting and Fishing