You are here: Home>Locations>Rugby>Anti tank pimples 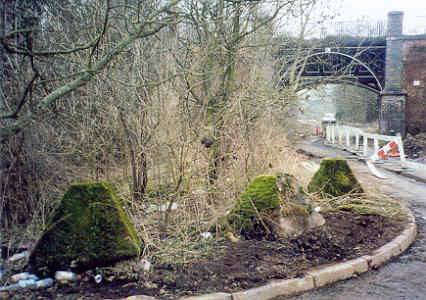 A Second World War tank trap, a series of concrete pimples, on Old Leicester Road, Rugby
A Armishaw
Description of this historic site

The site of a Second World War tank trap formed by eleven anti tank pimples. They were situated on the north side of the aquaduct carrying the Oxford Canal over the Old Leicester Road at Rugby.

1 Single rows of pimples lining both sides of the road north of the Oxford Canal forming a tank trap. There are 11 on the west side and 9 on the east. A number of them look as if they may have been re-sited.