You are here: Home>Locations>Hartshill>Post Medieval House within Hartshill Castle 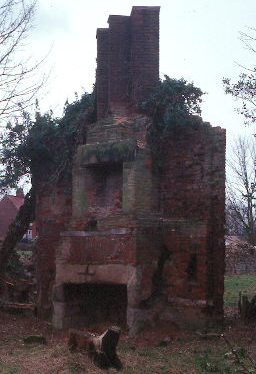 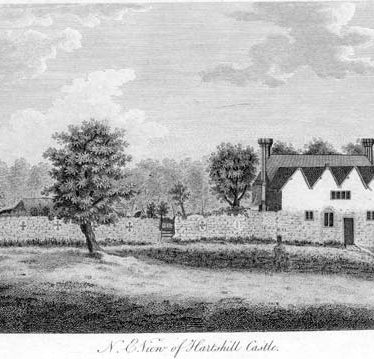 A timber framed house which was built during the Post Medieval period. It is situated on the east side of Hartshill Hayes Country Park.

1 In 1567 Sir Anthony Cook leased the house and park to Michael and Edward Parker. It is suggested that at this time the timber and red brick house still standing was erected to take the place of a Medieval building described as ‘the castellated manor house’.
2 In the NE angle there is an old timber and brick building falling into ruins.
3 The remains of a late 16th century house embodying the curtain wall of the castle on two of its sides in very bad order.
6 Dates the remains of the house as c.1700.
7 The standing remains include a large brick chimney with two chamfered stone fireplaces. When the house was built it was a four gabled, part timber-framed structure.