You are here: Home>Locations>Milcote>Milcote Manor, Lower Milcote SE of Luddington 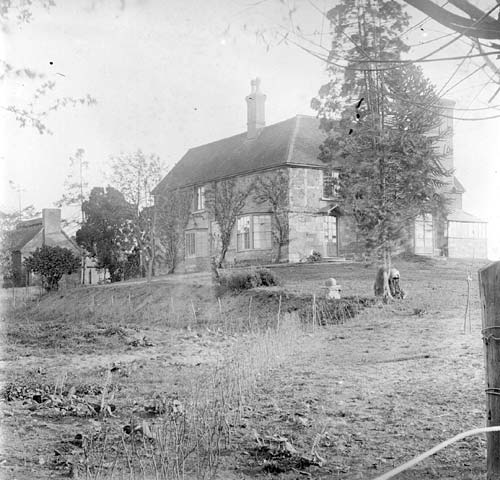 Milcote manor house, dating from the Medieval to the Post Medieval period. It is located 400m south east of the church, Luddington.

1 The manor house has a mid 18th century frontage (south). Re-used stonework (reputedly from Ludovic Grevell’s house – WA 1331) surmounted by 17th century timber framing occupied the north east corner, and on the west side is a stone chimney dated 1564.
2 This house may stand on the site of the Earl of Middlesex’s house. The Earl of Middlesex’s house stood quarter of a mile north of Ludovic Grevell’s house. The position of the extant manor corresponds with this description. It is uncertain whether it was this or Grevell’s house that was burned by Parliamentary troops in December 1644.
3 The house is surrounded by a moat (WA 1293) and the O.S. description of the building is correct.
4 Watching Brief at Milcote Manor Farm. Despite the extensive indications of archaeological activity in the vicinity of the development, no indications of pre 19th century activity could be identified during the watching brief. The only possible earlier feature was the undated linear ditch recorded near to the NW end of the drainage ditch.