You are here: Home>Locations>Kenilworth>Medieval Canal and Basin at The Pleasance

Medieval Canal and Basin at The Pleasance 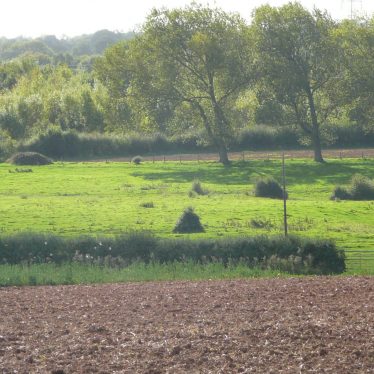 Taken from the footpath between Chase Lane and Kenilworth Castle, the bushes define edges.
Image courtesy of William Arnold 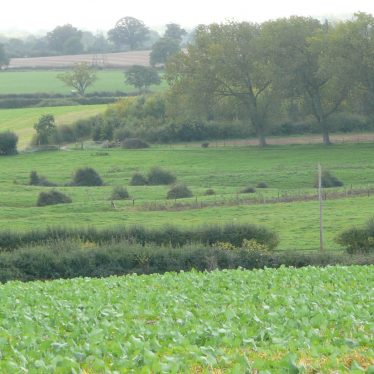 Taken from the footpath between Chase Lane and Kenilworth Castle, the bushes define edges.
Image courtesy of William Arnold
Description of this historic site

The site of a canal and basin, an open area of water giving access to landing stages, dating from the Medieval period. It was situated 800m north west of Kenilworth Castle.

1 At a slightly lower level than the Pleasurance is a long rectangular hollow, once a basin, connected by a canal with the great lake, where no doubt was the landing stage for the use of people coming to and from the castle by boat.
4 Scheduled as Warwickshire Monument No 2.
8 The Pleasance was originally approached by boat from Kenilworth Castle across the mere. At the south-east edge of the site are the earthwork remains of a 28m wide waterlogged channel, on either side of which is a raised platform. These features are thought to be the remains of a harbour or basin, originally used for mooring boats, and of landing stages to provide access to the site.