You are here: Home>Locations>Bubbenhall>Gullies, Ditch and Hollow, Wood Farm, Bubbenhall 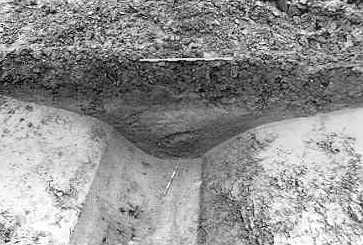 Gullies, a ditch and a hollow, dating from the late Iron Age to early Roman period were found during an excavation. The site was located 800m south east of Bubbenhall.

1 Identified during excavation these features were the only evidence of early activity. Probably associated with known Prehistoric and early Roman activity to the north, particulary an early Roman enclosure (MWA4719).
2 No Iron Age features recovered from EWA7472, 2003 Topsoil Stripping.
3 Dating revised to Romano British.