You are here: Home>Locations>Hartshill>Gazebo at Oldbury Hall, Hartshill 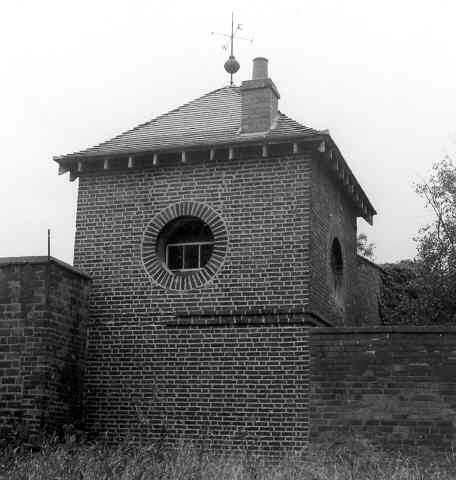 A gazebo which was built during the Imperial period. It was associated with Oldbury Hall and is situated 300m west of Oldbury Grange.

1 A gazebo consisting of a square brick building with a pyramidal roof and weather vane. It appears to have one rounded window on each side.
2 Photographed in 1977.