You are here: Home>Locations>Burton Dassett>Disused Chapel of St James at Dassett Southend 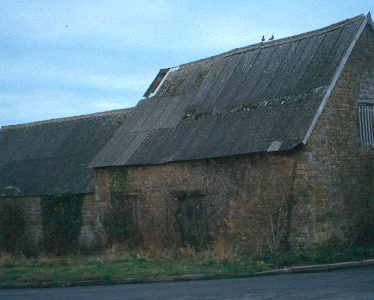 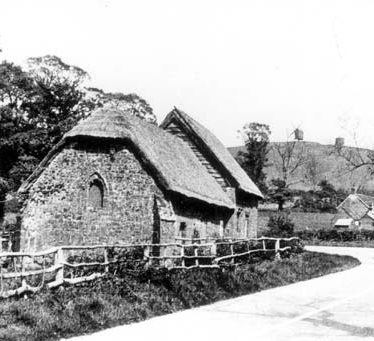 The remains of a Medieval Chapel. The west end of the building was removed during the Second World War. It is situated at Little Dassett.

1 At Little Dassett is an ancient stone chapel, long since disused, now a store-shed with a thatched roof. The E part, about 8.9 by 6.6m outside, has a stone at its SW angle inscribed W (H?)1652. The W part, about 11.8m long and 1m narrower, is probably of late 13th century origin judging from the remains of the W window.
2 Photos show the chapel before the removal of the W end.
3 The old chapel of Northend known as Chapel Hovel. This interesting relic of 14th century was much damaged during WWII by the removal of its W end, in which was a small window, so that some large pieces of agricultural machinery could be housed.
5 The chapel is much as described above except that it now has an asbestos roof. The datestone could not be seen and may have been removed or covered at the time of re-roofing. The condition of the building is mediocre.
6 Now in regular use as a shelter for sheep and in a very dilapidated condition. The asbestos roof is still in place but the walls are cracked in many places.
7 Severe storm damage occured in November 1981.
10 A full structural survey has been conducted as part of the Burton Dassett project.
11 Archival maps.
12 Correspondence about repairs from 1998.

Linkedin
More from Burton Dassett
More from Chapels and Churches