You are here: Home>Locations>Kineton>Church of St Peter, Kineton 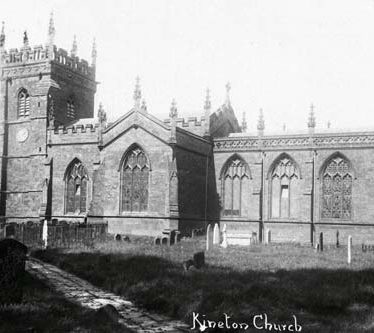 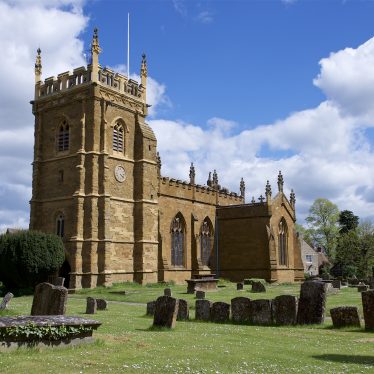 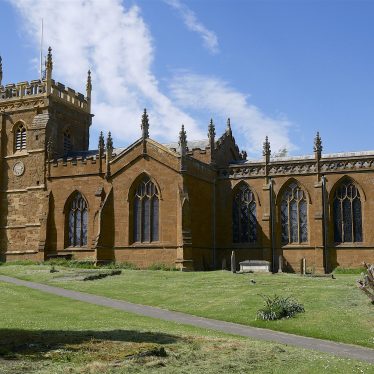 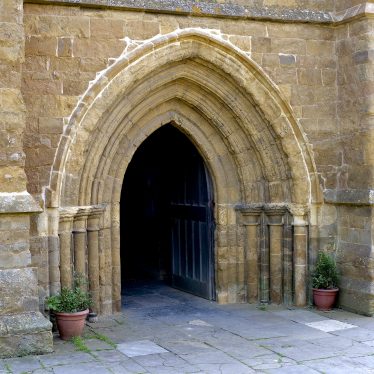 The Church of St Peter was originally built during the Medieval period and the tower dates to this period. The church was partly rebuilt by Sanderson Miller in 1755, and again during the 1800s. It stands in Kineton.

1 Chancel with N organ chamber and vestry, nave with N and S trancepts and N aisle, and W tower. The W tower is said to date from 1315, but its W doorway is probably earlier and its windows later. The remainder of the building contains no ancient features. It was partly rebuilt by Sanderson Miller of Radway in 1775, when the trancepts and aisle were added, and again largely renovated during the period 1877-89. The organ chamber and vestry were added in 1897. The whole church is built of dark brown Hornton stone. First mentioned in the reign of Henry I (1100-35).
2 The W Tower is of late 13th to 15th century. Openwork battlements and pinnacles. Late 13th century W doorway. The present church, said to be a replacement or remodelling of a church built in 1755 by Sanderson Miller, dates from 1873-9.
4 Noted on OS Card.
5 Photograph of the West Tower.

email
More from Kineton
More from Chapels and Churches