You are here: Home>Locations>Napton-on-the-Hill>Church of St Lawrence, Napton on the Hill

Church of St Lawrence, Napton on the Hill 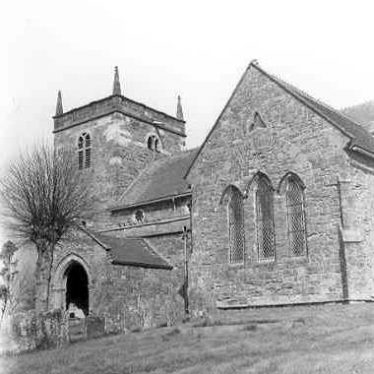 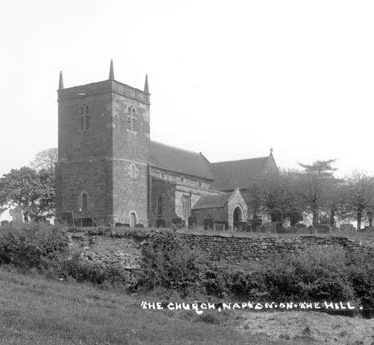 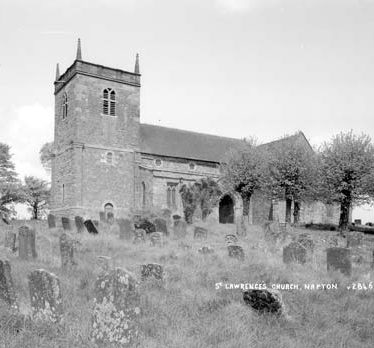 The Church of St. Lawrence, Napton on the Hill
Warwickshire County Council
Description of this historic site

1 12th century church probably consisted of chancel, nave, N and S transepts, nave and W tower. It was rebuilt 13th century, when the aisles were added, and at a later date, probably 17th century, a vestry and porch were built. The tower has been completely rebuilt in recent times. There was a priest at Napton in 1086.
4 Photographed in 1979.
5 A multi-service trench was laid along the pathway route in 1998. Archaeological observations showed no archaeological features. Locals claim that the graveyard was bulldozed in the 1950s to make room for new burials.
6 The vestry was erected shortly before 1844 with a reused 14th century window in its north side. The vestry’s window is similar to two of the windows on the south ailse either side of the south porch. The window must have come from elsewhere in the church possibly from the north ailse, before the projecting window was inserted. The evaluation trenches did not recover any structural remains associated with any earlier parts of the church. They did however, reveal a number of undated burials. The medieval pottery found within the trenches is likely to derive from the surrounding medieval settlement.
7 81 skeletons, in addition to a large number of disarticulated remains, were discovered on the northern side of the church, part of the site lying underneath the 19th century vestry that was previously demolished. Possible dates for the burials vary from between the 12th century to the mid-19th century, yet all were aligned with the church so are not likely to pre-date it. Additionally a ditch was sealed beneath the remains containing Roman pottery, indicating at least a medieval date if not earlier. Medieval pottery was also uncovered in the graveyard soil but most likely to be residual.