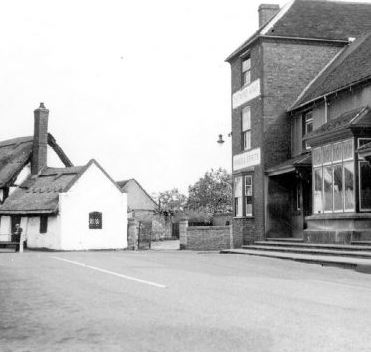 Chetwynd Arms in the square, Polesworth.
Image courtesy of Neville Upton
Description of this historic site

The Chetwynd Arms, an inn built in red brick with a tile roof with a stable block to the rear. It was built during the Imperial period and is situated on Market Street, Polesworth.

1 Large 19th century building in dark red brick with tile roof. Closed in early 1976, windows are now boarded up. At the rear is a large stable block dated to the early 19th century.

2Victuallers database show that Chetwynd Arms in existence in 1811.