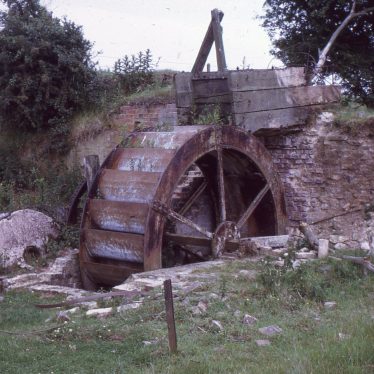 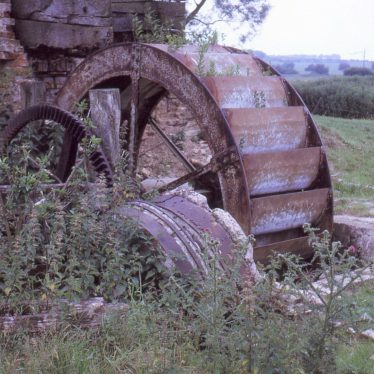 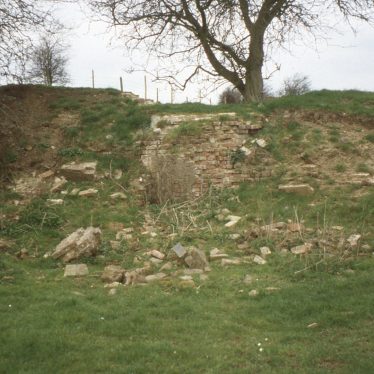 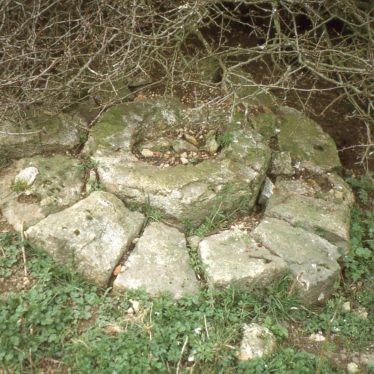 The site of Cesters Over Mill, a corn mill that dates back to the Medieval period. It continued in use until the 1930s. The ruins of the building are still visible. The mill was situated 300m west of Ryehill Spinney.

1 The Cesters Over corn mill on the River Swift is doubtless the successor to the mill attached to the manor in 1086. Both a watermill and windmill belonged to the manor in 1545.
2 The watermill ceased working in the 1930s and the buildings were used as labourers’ cottages until c1940 when they were demolished (information from the owner). Fragments of 18th century and 19th century brick walling remain visible together with the overshot metal wheel, iron machinery, wooden sluicing and grinding stones. The mill race is extensively mutilated.
3 The Mill is marked on an estate map of 1691.
4 All that remains of the mill are a few brick walls, less than 0.3m high, various anomalous earthworks, traces of the millrace and weir, and a lot of brick rubble in the adjoining ploughed field.
5 Fragment of a Medieval bronze vessel, 14th century or 15th century, found at SP5181.
6 Cesters Over Corn Mill marked on OS 1886 1:10560.