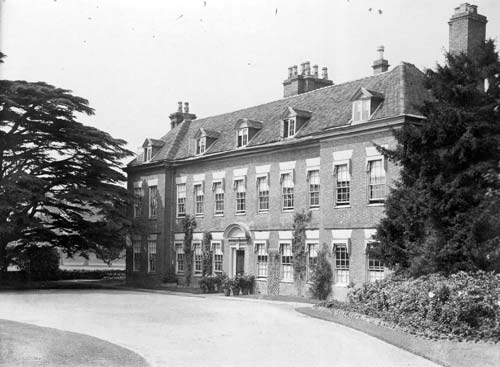 Blyth Hall, a house that was built during the Post Medieval period, is situated 800m south west of Blyth End.

1 An estate purchased by William Dugdale. The hall was built, or rebuilt shortly after purchase in 1625. In 1690 the building was refronted and remodelled, the main front is of early 18th century brick, with two stories, having 10 windows with sash frames. Also has a curved pediment over a central doorway with moulded wood eaves cornice. There are five dormers with alternately curved and pointed pediments. Internally there is a Tudor fireplace and 17th century staircase. The adjoining stable block, now garages, has curved gables. This was the home of Dugdale from 1625, until his death in 1686. He wrote most of his works here, and much of his furniture and many of his 17th century portraits remain in the house.
2 Site visit 1977.
3 Noted.
4 Noted.