You are here: Home>Locations>Ansley>Ansley Hall 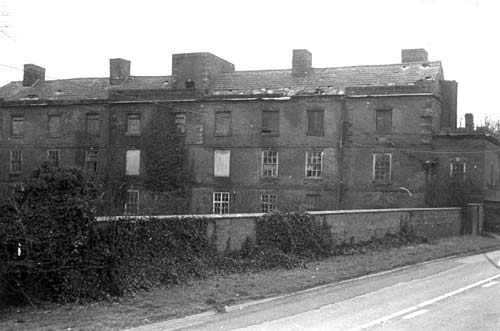 Ansley Hall, a house which was built during the Post Medieval period. It is situated 500m north of Bull Barn Farm.

1–3 Late 16th to 19th century: An irregular mansion with wings of varying period, enclosing a courtyard. The northern range is a brick gatehouse, built during 18th century. Above the roof is a cupola-like turret with clock and two projecting battlement wings. The eastern range is embattled, brick built during the 18th century, this range contains its original panelling. The southern range was built c.16th century, the walls are probably timber framed, but are now roughcast, with three gables. There is one Elizabethan stone bay window, the remainder are modern. At the west end is a projecting pavillion or orangery of brick with stone quions. At the west end of the south wall seen inside the hall is the oak framing of a former pointed doorway which looks Medieval. For some time this building was owned by the coal board, but it has recently been sold to a company in Birmingham. Development is anticipated.
4 Ansley Hall was described in 1814 as ‘an irregular but very respectable family mansion’.
5 Sketch.
6 Photo.