Weston Under Wetherley, the Shooting

Simple accident, or something else? You decide.... 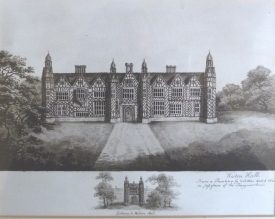 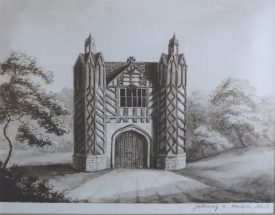 As a resident of the small village of Weston Under Wetherley, near Leamington Spa, I became fascinated by the historical accounts of its reported ‘goings on’ in the historical pages of the Royal Leamington Spa Courier newspaper, which I found in the British Newspaper Archives. The earliest accounts begin in 1833 with a fairly uninspiring report about the eligibility of voters in the village, but only a few years later history got a lot more interesting! I’m going to move forward in time a little to the 25th March 1871, when the most fascinating of our village reports takes place.

The …Courier reports the shooting dead of a servant girl at Weston Hall. At this time Weston Hall was an impressive timbered manor house located at the west of the village (long since gone, I believe it burned down), and was occupied by the Umbers family.

The deceased who was a housemaid was placing out tea things on the table whilst I was taking down the gun from the beam. It by some means slipped and the deceased, thinking it was going to fall, came and caught hold of it by the muzzle when it accidentally went off, lodging its contents in the girl’s forehead… he did not remember how the gun slipped, but immediately it went off the deceased fell to the floor and her brains were knocked out about the floor.

The coroner asked if Mr Umbers had any “unkind words or quarrel” with the deceased and if he was “on the best of terms as a master and servant should be?” Mr Umbers replied he’d had no quarrel and “yes” was on good terms. The coroner then observed that “it was quite a most unfortunate occurrence but it was, however, a thing which might happen to anybody.”

The article continues with questions from the coroner about loaded guns, the accused’s experience with guns, and if he’d had any previous accidents (which he had not). They examined the very short distance from the muzzle to the deceased’s forehead and also asked about the deceased’s previous employment and why she had left there to come and work for the Umbers family; her conduct had also been good. Another employee had seen the accused crying “oh no” with his hands on his head after the shooting.

They questioned the girl’s father Mr. Trottman, to see if he was satisfied it was an accident, which he said he was. Interestingly Mr Trottman also worked for the Umbers family at Weston Hall as a Waggoner.

Finally the jury were asked to make a verdict and after only two or three minutes the foreman announced they were “of a unanimous opinion that it was a case of accidental death.” Case closed!

Investigations were fast and within 24 hours the accused was acquitted because he was believed to be of good character, and the jury could find no reason for it to be anything other than an accident. The deceased’s father wouldn’t want to lose his job as in 1871, no job meant the workhouse! No post mortem or forensic investigations were available, and no time was taken to question everyone connected with the deceased. What a fascinating insight into how serious incidents even potential murder enquiries were managed not so long ago!

Copies of the Royal Leamington Spa Courier are also available on microfilm and in bound copies at the Warwickshire County Record Office.