You are here: Home>Locations>Warwick>The Warwick Pageant of 1906: Preparations

The Warwick Pageant of 1906: Preparations 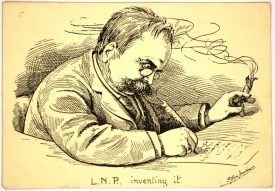 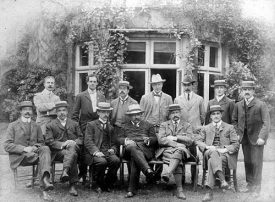 In June 1905 Edward Hicks, an enterprising Warwick journalist (and author of a book about Caradoc), pounced on a passing suggestion in the Daily Telegraph that Warwick would be an ideal site for a historical pageant. Writing in the Warwick Advertiser, Hicks challenged the town to demonstrate ‘the importance of its place in the national life of the past’. Roused by this patriotic appeal, local opinion quickly mobilised behind the idea. The Lord Mayor declared his support, as did the heads of the town’s secondary schools, and by the beginning of July a provisional pageant committee had been established. This was soon followed by the establishment of an executive committee based in Jury Street, at the building now known as Pageant House, and the launching of a fund – based on public subscriptions and guarantees – to underwrite the costs of the event. The executive committee resolved to acquire Louis Napoleon Parker’s services as Pageant Master (organiser of the successful Sherborne Pageant of a year earlier), and by the end of September he had indicated his willingness to act. By mid-October, a town meeting had formally resolved to go ahead.

Thereafter, things moved quickly. Indeed they had to do so after it had been announced in early November that the performances would be held in the week beginning 2 July, leaving just eight months to get things ready (it is hard to imagine such a large-scale event being organized so quickly in the 21st century!). The pageanteers, led by the seemingly tireless Parker, spent the winter and spring in a flurry of publicity and organisational activities. Tens of thousands of pamphlets promoting the Pageant were distributed; articles about the event were published in the local and national press; episodes were devised and music was commissioned; books of words and souvenir programmes were printed; and a Ladies Committee marshalled the sewing prowess of three hundred Warwick women, who working in 14 teams produced 1,400 costumes. Indeed, following Parker’s usual practice, almost everything used in the pageant was of local manufacture, and it seems that many Warwick men and women spent a great deal of their spare time that winter making weapons, banners and other props.

By late May the first rehearsals were being performed, cast members being summoned by means of special postcards issued from the meticulously well-organised headquarters office at Pageant House. There were 200 speaking parts! On 21 June a full dress rehearsal was put on, for which cheap tickets were offered, and to which journalists and photographers were invited. Cheap tickets aimed at the town poor and schoolchildren were also sold for the rehearsals in the week before 2 July. These proved very popular – on one day three times as many people as could fit in the grandstand turned up – and their popularity was doubtless in large part due to the fact that seats for the pageant performances proper were priced at levels well beyond the reach of many poor families (the cheapest seats, of which there were not many, were 3/6; the next cheapest were 5s.)

Further articles on Pageant Week itself, and the Pageant’s legacy can be found by following the link.