You are here: Home>Locations>Stockton>The Stockton Ichthyosaur 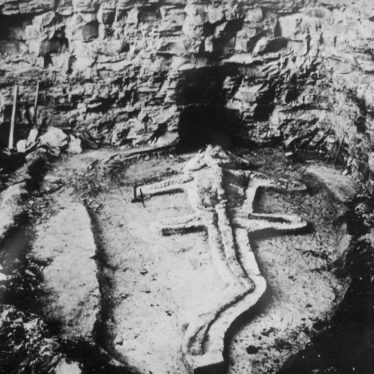 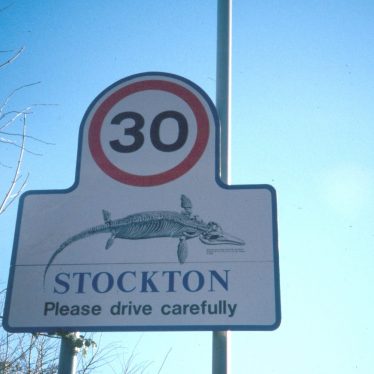 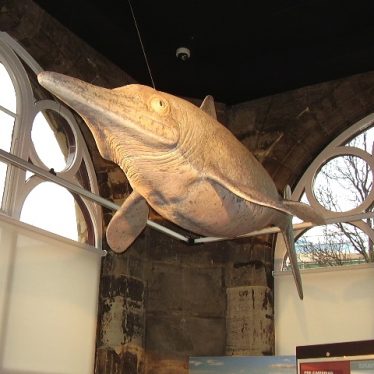 Much of southern and eastern Warwickshire is underlain by layers of grey clay and limestone dating back 200 million years to the dawn of the Jurassic Period. This material is ancient seafloor mud, and entombs the fossilised remains of the creatures that inhabited the ancient sea that covered central England at that time.

Amongst the fossils, remains of ichthyosaurs have been discovered in the local cement quarries at Long Itchington, Harbury and Stockton. These sea-going reptiles resembled modern dolphins in some respects and were similarly near or even at the top of their food chain.

A particularly impressive ichthyosaur skeleton was discovered at Stockton Quarry in 1898 and is now on display at The Natural History Museum, London. To commemorate this remarkable discovery, the village of Stockton boasts a road traffic sign with its very own ichthyosaur. Take a look, next time you’re driving through. Fossil reptile expert Dean Lomax tells me that the illustrated specimen is actually one from Street in Somerset, also housed in the Natural History Museum in London.

The Warwickshire Museum collection includes the remains of many locally collected ichthyosaurs. In 2010 an amazing life-sized model ichthyosaur was installed, and prior to re-display in 2016 was a feature of the ground floor gallery at Market Hall.