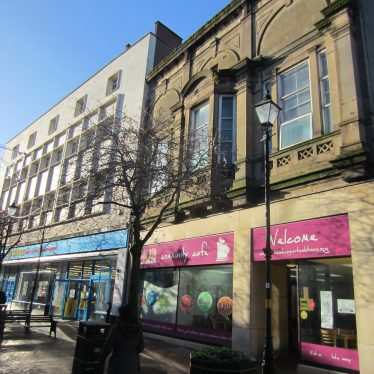 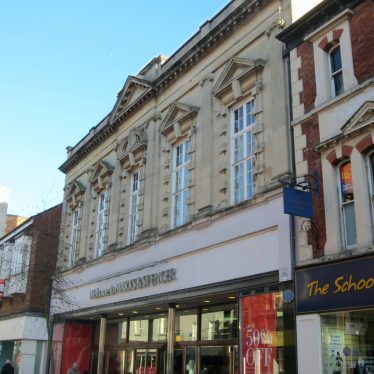 The old Town Hall stood on the High Street. It was built in 1857, with an extension in 1919. The upper floor became a cinema (Vint’s Palace) around 1913. A bad fire destroyed most of the building in 1921 and it was rebuilt in undistinguished style as Woolworths, which opened in 1923 and closed again in 2009. It is now the 99p Store. As you can see from the photo, the 1919 extension still survives today (until recently Hunt’s bookshop, but now a community café). The Town Hall moved to another handsome building, bequeathed by Mr Benn in 1895 (now Marks & Spencer’s see photo). It moved again to a building in Newbold Road in 1936, and to the current building by Caldecote Park in 1961.