You are here: Home>Locations>Nuneaton>Photographer Reg Bull of Nuneaton 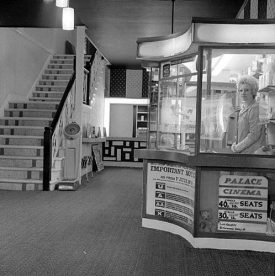 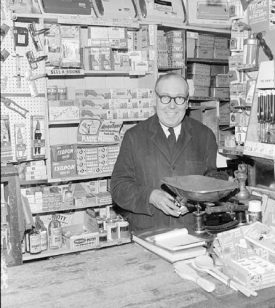 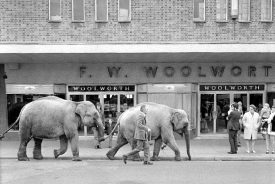 In 1999, Warwickshire County Record Office was left a large photographic collection by Mr Reginald Bull an amateur photographer of Nuneaton. Part of this collection consists of over 8,000 black and white negatives, originally contained in 10 shoe boxes, which is meticulously catalogued in three index books by Reg himself. This series of negatives not only forms a pictorial diary of his life and interests between 1949 and 1997, but is a permanent reminder of Nuneaton’s past

Reginald Bull was born on 13th March 1927 at the Weavers Arms, Nuneaton, the son of Horace Bull and Gwendoline Robertson. His father Horace was landlord of the Weavers Arms, as was his father before him. Reg attended King Edward VI Grammar School, and in 1943 began work as a clerical officer at the Griff No 4 Colliery in Heath End Road, Nuneaton; he worked for the National Coal Board until his retirement in 1983.

Much of Reg’s life is represented within this collection including his hobbies of film and the cinema, rugby and cricket, trains and transport, (always showing a keen interest in photographing his brother Cyril’s current car or motorcycle). What is represented the most is Nuneaton, the people, the shops and shopkeepers, the factories, the streets and houses, many of which are now long gone. Reg was keen to record the ever changing face of Nuneaton and there is a definite sense of sadness and nostalgia at the demolition of old Nuneaton, but also a keen interest in the development and growth of the town. These images will evoke memories of an old Nuneaton – the old Hippodrome and Palace Theatres, the Nuneaton Flour Mills, the ‘Dugdale Arms’, the ‘Castle’, ‘Red Lion’ and ‘Bleak House’ public houses, Courthaulds, Lester and Harris, Clarige’s the butchers, Horton’s the bakers, Daulman’s newsagents, Lesters chemist shop, Hayes sweet shop, and the ‘Scala’ and ‘Palace’ cinemas. One fantastic image is that of Elephants from Sir Robert Fossett’s circus being paraded down Queen Road. Surprisingly Reg himself records this image as ‘View in Queen’s Road’ with no mention of the Elephants!

This collection is a real gem and will provide an invaluable resource for both local and social historians’ as well as those who just want to remember the old days! All 8,134 negatives have now been catalogued and the information from the index books has been added to our online catalogue Warwickshire Past Unlocked and are available to be viewed at the record office. Phase two of this project is now under way to identify and catalogue a further nine boxes of negatives and prints and 15 albums of photographs, newspaper cuttings and cards some which are the work of Reg, but it is believed that some are from his father and other photographers.