You are here: Home>Locations>Warwick>Moths in the Archive

Moths in the Archive 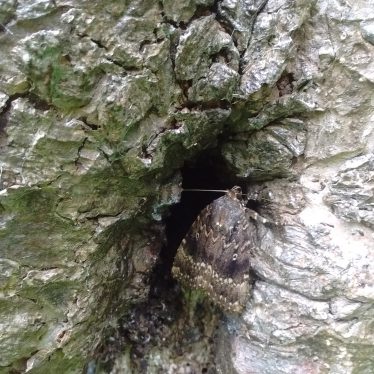 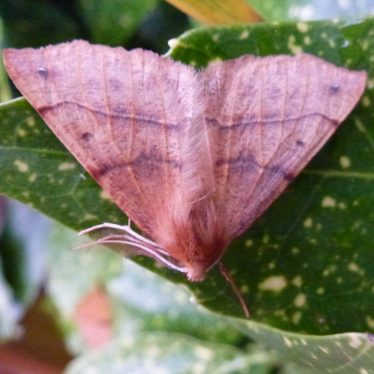 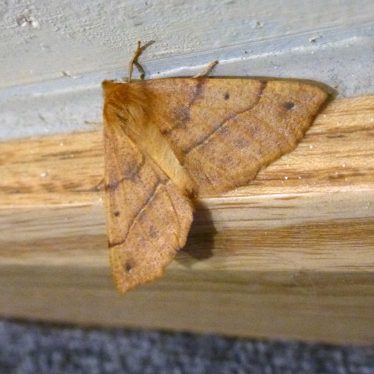 The title is not strictly true, “Moths near the Archive” would be more strictly accurate.

(Colotois pennaria) had found it’s way in to the reception area, probably after coming to lights in the stairwell. It was rescued and put back outside.

Wingspan 35-45 mm. This species is quite commonly distributed in Britain, though more locally in Scotland. Only the males have the feathery antennae which give rise to its English name. The single generation flies in the autumn, from September to November. In spring, the caterpillars feed on a number of deciduous trees and shrubs.

(Amphipyra pyramidea) was disturbed by a Hornet from it’s resting place inside the hole in the apple tree near the bench in the car park.

Wingspan 40-52 mm. Distributed fairly commonly over the southern half of Britain, perhaps less northerly than the very similar Svensson’s Copper Underwing (A. berbera svenssoni). However, the relative distributions of each species are still not fully known, as the differences between them are becoming clearer.

The adults fly from August to October and visit both sugar and light. The caterpillars feed on a range of trees and shrubs, mainly oak (Quercus).