You are here: Home>Locations>Maxstoke>The Heritage Cooking Challenge: To Make Cheese Loaves, the Baking

The Heritage Cooking Challenge: To Make Cheese Loaves, the Baking 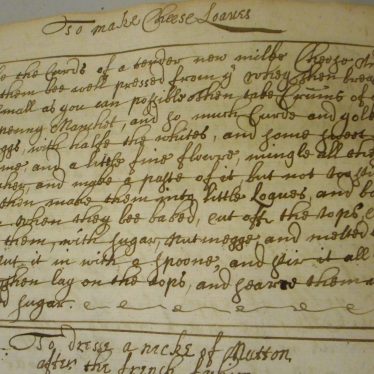 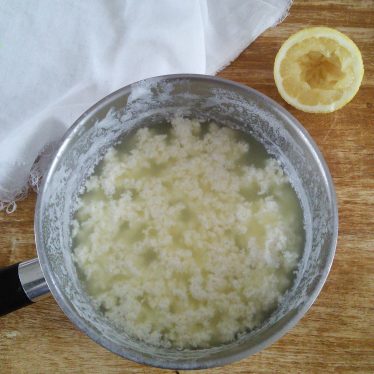 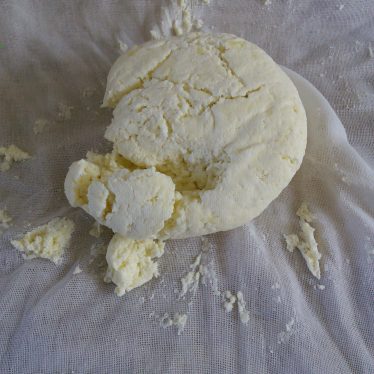 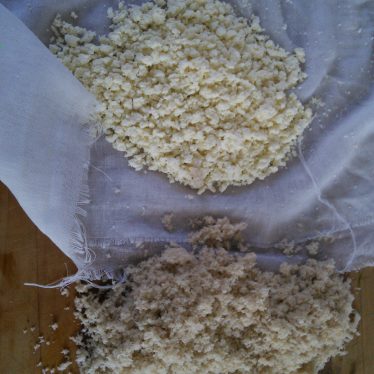 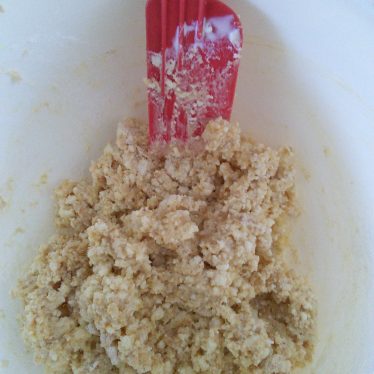 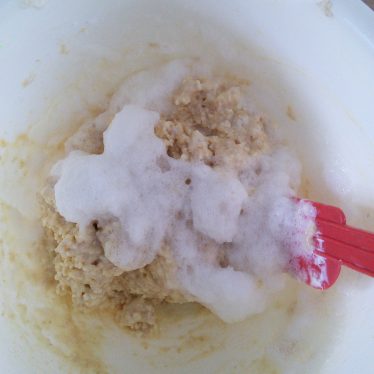 This recipe is taken from the Elizabeth Barkham’s recipe book, c.1664-1680. The pages are paper in a limp vellum cover, entitled (on cover, very faint) “Madam Elizabeth Barkham her book, June 10th 1664”. It contains culinary and medical recipes in various hands, and is from the collection of the Fetherstone-Dilke family of Maxstoke Castle1.

Take the curds of a tender new milke. Choose and let them be well pressed from ye whey, then break as small as you can possible then take crumbs of a two penny Manchet…

My first problem was, “what on earth is a Manchet?” It turned out to be a small loaf made from high quality flour. Even this would not have been as pure as our current white flour. I managed to find a modern recipe which suggested an 80% extraction of plain stone ground white bread flour, or a mix of 200g sieved wholemeal (to remove bran) and 500g plain white flour. I opted for the latter. I was hoping to use, for authenticity, a live yeast rather than dried, but could not find a ready source. I didn’t have time to visit our local Hook Norton brewery to see if I could get a small amount there…. something else to try.

I therefore had the bread from which to make crumbs. Phew.

Now to the cheese curds. Not the sort of thing to buy off the shelf, so the making of cheese was investigated. All the old-time recipes called for rennet. Again not something that is generally stocked. Also as this is derived from animals, and some of my colleagues are vegetarian, I decided to use lemon as the curdling agent. This worked fantastically well. Organic whole milk was brought to a simmer for 10 minutes. It was allowed to cool and then real lemon juice added in small amounts until the curdling occurred. The whey, watery liquid, was strained off through muslin. The curds were pressed very firmly to remove as much liquid as possible. Three pinches of salt were added as if making a cheese. (No salt was called for in the scone recipe, but felt right there should be some, somewhere.)

Now I had the first ingredients I went back to the recipe! The curds were broken up into particles the same size as the breadcrumbs. No quantities are provided, so I took equal amounts and mixed.

…and so much curds and yolks of eggs, with halfe of whites, and some sweetened creame, and a little fine flour, mingle all these together and make a paste of it, but not too stiffe.

I mixed everything together, but reserved the egg whites which I whisked to a soft peak. This was then carefully folded into the mix. This became quite wet, so I added the plain white flour in small amounts to make it more of a dough consistency.

…and then make them into little loaves, and bake them…

I put some of the mix onto paper on a baking tray and some in small buttered cake tins. I think the ones in the tin are more successful. I baked in a preheated fan oven at 200C (Gas 7) for about 12 minutes. This arrived at by using a modern cheese scone recipe as a starting point2.

…when they be baked, cut off the tops and butter them with sugar, nutmegge and molten butter and put it in with a spoon, and stir it all together, then lay on the tops and serve them with scrapped sugar

Presumably, they should be eaten warm from the oven. At the office I melted the butter mix I had prepared at home and warmed the buns for 20 seconds full power in a microwave. Not having a cone from which to scrape sugar, I dusted with caster sugar and served. But what did they taste like? There’s only one way to find out.