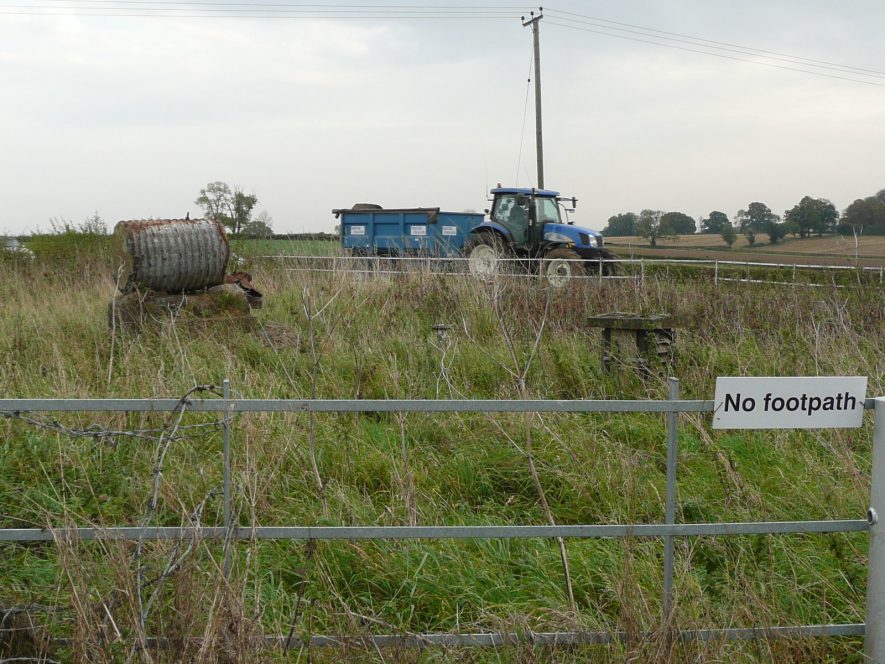 Wolston Royal Observer Corps Underground Monitoring Post. The barrel on top of the entrance has only recently been added presumably by the farmer to to prevent intruders. 2017.
Image courtesy of William Arnold
Description of this historic site

A Royal Observer Corps Underground Monitoring Post at Wolston. Monitoring Posts were to be used in the modern period to report nuclear bursts and to monitor fall-out. The post is located at the intersection of the Fosse and Dyer's Lane.

1 The primary role of the Royal Observer Corps (ROC) was the recognition and identification of hostile aircraft. With the start of the ‘Cold War’, and the increased threat of nuclear attack in the 1950s, the ROC were made responsible for reporting nuclear bursts and monitoring fall-out. 1563 underground shelters were constructed in Great Britain and Northern Ireland.
2 In a large irregualrly shaped compound on the West side of the Fosse Way on the north side of its junction with Dyers Lane. When visited in 2000, this post remained in good condition, All surface features remain intact with some flaking of the green paint. There is a telegraph pole nearby that served the post. A dome on the ventilator shaft indicated that this post was a master post. The hatch is open but both the internal doors are locked. Internally the post is clean and dry with the table, shelf and cupboard in place. Other items remaining include tele-talk, WB1401 speech receiver and WB1410 filter unit, BT wiring and connection boxes, battery switching box, siren box, visitors log, BPI mount, two small splints, one body splint, light, copper earth straps,a few papers, two keys for aerial dome, fore blanket in box, fire bucket, three mattresses, saucepan, kettle and wire brush.
3 Earliest known site elsewhere in county opened in 1959, all closed by 1991. Dates narrowed to reflect this.